Xiaomi is launching the Mi 10 Youth on Monday and the phone has finally been listed on TENAA with full specs sheet and images. The is confirmed to come with a Snapdragon 765G, a big OLED of Full HD+ resolution, plenty of memory, and a 48MP main camera. 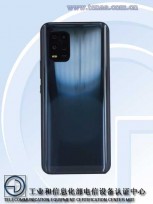 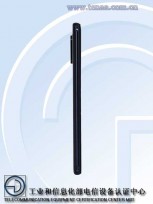 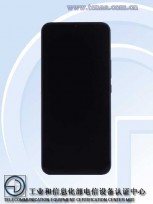 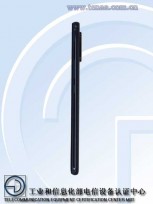 The chipset isn't actually explicitly listed but the 2.4 GHz CPU is and currently, only the SD765G has its top core at that exact speed. The Mi 10 Youth, also expected to appear as Mi 10 SE outside China, will have three RAM options – 4GB, 6GB, 8GB and three storage tiers – 64GB, 128GB, and 256GB. 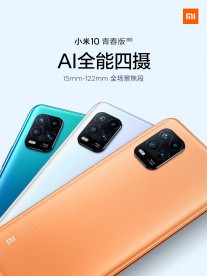 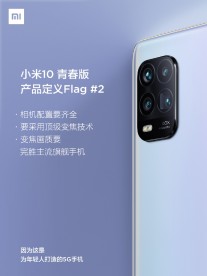 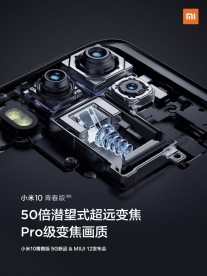 The camera department is also intriguing – there will be one selfie shooter and it appears it might come in a waterdrop notch, instead of a punch-hole design. Probably this is why Xiaomi has been so reluctant to post any teasers of the phone's front panel and we’ve only seen info about the back. However, having a 6.57” OLED panel and the lack of any visual cues for a fingerprint scanner leads to the fact that the sensor is underneath the display.

The minimum battery charge is 4,060 mAh with some sort of fast-charging, OS is Android 10, and there’s no word about a microSD slot or 3.5 mm audio jack.