A year after the rebranding and change of direction of its mobile line, Sony unveiled the Mark II models – with multiple improvements, Sony seems to have delivered just the phone that people were asking for. But will you get one?

We’ll start with the Sony Xperia 1 II (read as “mark two”). The triple 12MP camera features major improvements from the previous generation. For the first time, the cameras use ZEISS-calibrated lenses with ZEISS T* coating that reduces reflections that may create ghost effects.

The main camera has a much larger sensor than before – 1/1.7” vs. 1/2.55”. The autofocus system can perform 60 AF/AE calculations per second and the camera can shoot bursts at 20fps (with AF/AE adjustment for each shot). The camera also gained the ability to record 4K video at 60fps (better late than never). There’s no 8K support however, the sensor just doesn’t have the resolution for it.

Next up is the zoom camera, which upgraded to a 70mm lens up from 52mm – that’s 3x zoom. And it did it while maintaining the same sensor size and camera aperture. The ultrawide camera got a larger sensor, going up from 1/3.4” to 1/2.55”, plus a brighter f/2.2 aperture.

Then there's the 4K OLED display – well, 3,840 x 1,644px, which is 4K cropped to 21:9 aspect ratio. Like before, the display is HDR-enabled with Creator mode “powered by CineAlta”, which renders movies and shows just as the director intended. Also, no notches or punch holes of any kind, we know many of you still don’t like those.

Due to popular demand, Sony brought back the 3.5mm headphone jack. The hardware was upgraded to improve audio separation and drop signal noise to 20dB.

The Xperia 1 II also boasts a larger battery – 4,000mAh, up from 3,330mAh on the first generation phone. The phone still comes with an 18W USB Power Delivery charger, so charging speed hasn’t improved. The new model did gain wireless charging support, which was strangely missing from the previous model.

So, what do you think – is the Xperia 1 II your dream phone or did Sony miss out a feature you care about? What about the €1,200 price tag?

The Sony Xperia 10 II is the first time the company has used an OLED display for a mid-ranger. There’s no Plus model this year, the only display available is the 6” panel with 1080p+ resolution (21:9).

That allowed Sony to add a 2x telephoto camera (which was missing on last year’s non-Plus). The 8MP ultrawide module is all new for the 10-series, giving the mid-ranger the same three options as the flagship – wide, ultrawide and telephoto (the image quality is different, of course).

The company even fixed the battery problem of the previous model – its tiny capcity. The Xperia 10 II has a 3,600mAh battery, larger than even the Xperia 10 Plus (3,000mAh). It supports 18W Quick Charge 3.0, but no wireless charging. 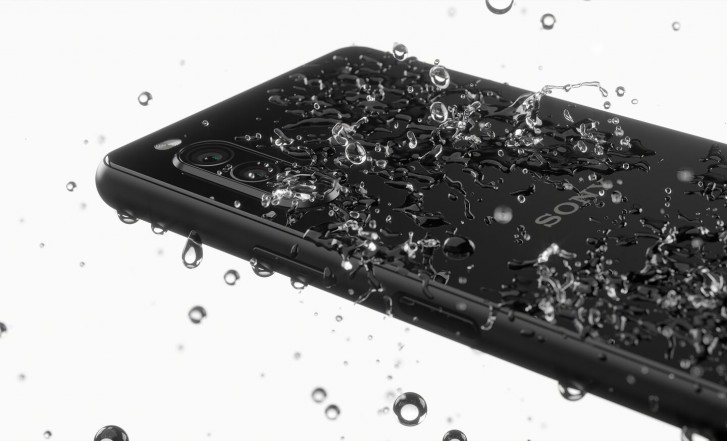 However, the chipset of choice – Snapdragon 665 – is a disappointment. It’s miles better than the 636 used in the old phone as it has four large Kryo 260 Gold cores and an Adreno 600-class GPU. Still, considering the price tag, it’s not much.

Speaking of price, this €370 phone comes with only 4GB of RAM and no option to get 6GB. Storage was doubled from last year, 128GB, but it’s probably still an eMMC chip (Sony doesn’t say either way).