Oppo unveiled the F15 back in January, and today, the company will follow it up with the F17 and the F17 Pro. The launch event of the F17 duo will start at 7PM IST (1:30PM UTC) and will be streamed on Oppo India's official YouTube channel. You can follow it with us by tuning to the stream below.

Oppo hasn't divulged the entire specs sheet of the F17 pair yet, but it did reveal their design and confirmed a few specs

of the Pro model, which include a 6.43" AMOLED display, 30W fast charging and a total of six cameras – two on the front and four at the back, with the primary camera having a 48MP sensor.
Advertisement 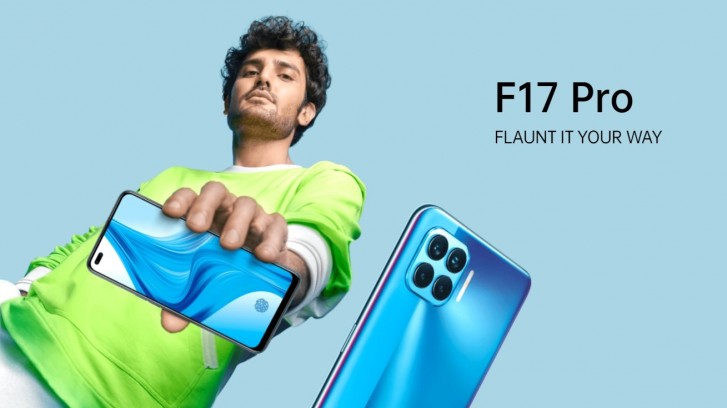 The F17 Pro is also being marketed as the "sleekest phone of 2020" as at 7.48mm it's thinner than even the more premium Reno4 Pro global variant.