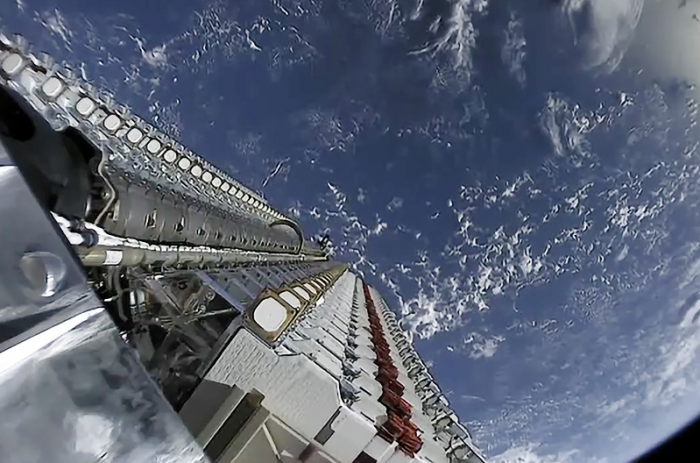 Right, I’ll keep this brief as I need a cup of tea. Elon Musk is launching thousands of satellites into space. There’s quite an interesting story behind this Space X programme. Called “Starl ink”, there’s 320 of them up there right now but the intention is to have 12,000 of the blighters (maybe even more). They’re tiny – about 260 Kg and the size of a table. They also orbit at quite a low altitude – just 340 miles up.

Eventually they’ll be able to deliver very internet all over the globe, and they’re hoping to remove fears of hideous latency due to their proximity to Earth. As an example, current satellite broadband has lengthy latency – around 500-600ms – but the Stalink system is seeking to bring it down to normal internet levels.

As there’s so many, some are concerned about the appearance in the sky. Indeed, this week (as we’re all in lockdown) there’s been more discussion as people spot them in the sky. The 320 up there follow each other in a “train” and will be noticeable for more of this week.

Indeed, tonight at 9PM you should be able to see them and if you use an app like Satellite Tracker it’s really easy to see when they’re coming over your house. Just fire it up, hit “satellites” and then do a search for “Starlink” – you’ll see quite a few to choose from, so just pick a few (add to favourites) and you’ll hopefully see the trail of them when they come over.

Another good app to try tonight is Heavens Above – this will keep you posted on nightly events and which way to look.