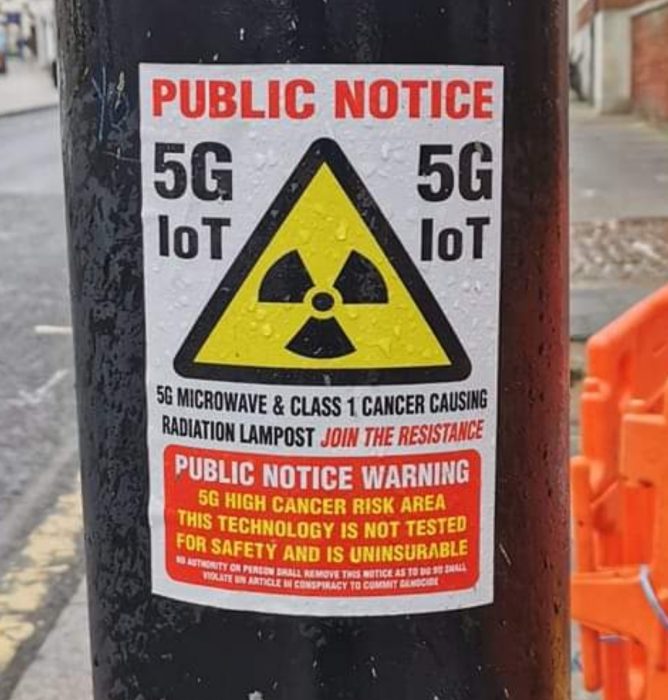 A campaign sticker on a lamppost

On Monday Ofcom published the results of 5G testing which proved that radiation levels in the UK were at “tiny fractions” of safe limits. However, this testing comes against a backdrop of conspiracy theories, critical stories on click-driven newspaper websites and totally unsubstantiated claims on Facebook. The latter is a particularly strange place to be at times, as multiple “Stop 5G” groups seek to spread videos and scare stories of the technology.

I read the BBC news story about this where reporter Rory Cellen-Jones looked into some of these Facebook posts..

Put the term “5G” into Facebook’s search box and you can rapidly disappear down a rabbit hole. Take a group called Working Together to Keep Devon 5G Free – the first post is a YouTube video advancing the theory the coronavirus originated in Wuhan because the Chinese city had rolled out 5G.

Believe me, that’s just the tip of the iceberg.

First though, let me state that I’m open minded. In truth, the 5G technology hasn’t been deployed fully as yet and there’s still a lot we don’t know. The testing done so far hasn’t been for constant daily exposure, so the long-term effects really aren’t known.

That said, it’s all too easy to get an alternative message about 5G technology.

The way you consume “news” is changing.

We’re entering a bit of a perfect storm in terms of how our opinions are formed. We’ve covered how news stories and social media can create lies which are never corrected and we’re also watching the traditional print media dying. Those newspapers instead rely on click-bait articles which create shock and anger in order to get you displaying those adverts. They sit alongside other websites which pump out “news” and it means that the average smartphone user can’t really decipher what’s real and what’s not. 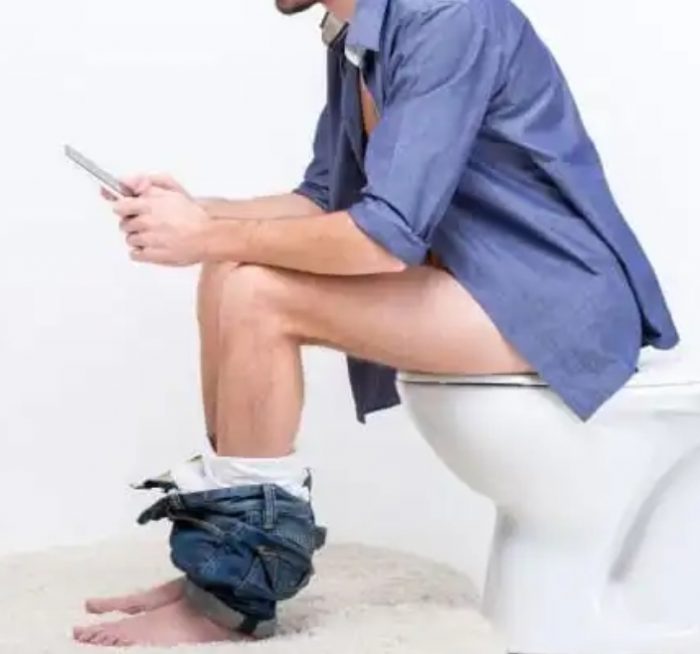 As an example, there’s snow forecast in the next few days, but nobody will click on a story that says, “Snow predicted for days ahead”. But, if there’s one that says “Snow bomb to blast Britain this week”, you probably will click it. Then, once you’ve clicked that, there needs to be some more shocking follow-up articles so that the newspaper or website in question can show you more ads and get more revenue. One which says Warnings EXTENDED: EIGHT inches of snow to blanket UK” should do it, and CAPITAL LETTERS will ENHANCE the IMPACT. Then, you’ll need more shock and awe in order stoke the fear and the worry. “Heavy snow to bring travel chaos” sounds good, followed by “Britain covered by TWO WEEKS of snow as -12C freeze hits nation”. Boom. The newspaper gets revenue and, because this is the internet, there’s no need to wait for the next print run or publication date. Screw your mental state.

On Facebook it’s worse. There’s not even a thin veneer of fact-checking. People can just post any old rubbish and, especially if it’s in a group of like-minded individuals, it’s not challenged – instead it’s augmented. It’s amplified. It’s given more credence and it’s then cross-posted into other groups or used in newspaper articles. The newspapers love it because it’s more ad-revenue for their dying businesses. They make less money from their sites (mostly) and so it’s all about the clicks. Screw investigative journalism. 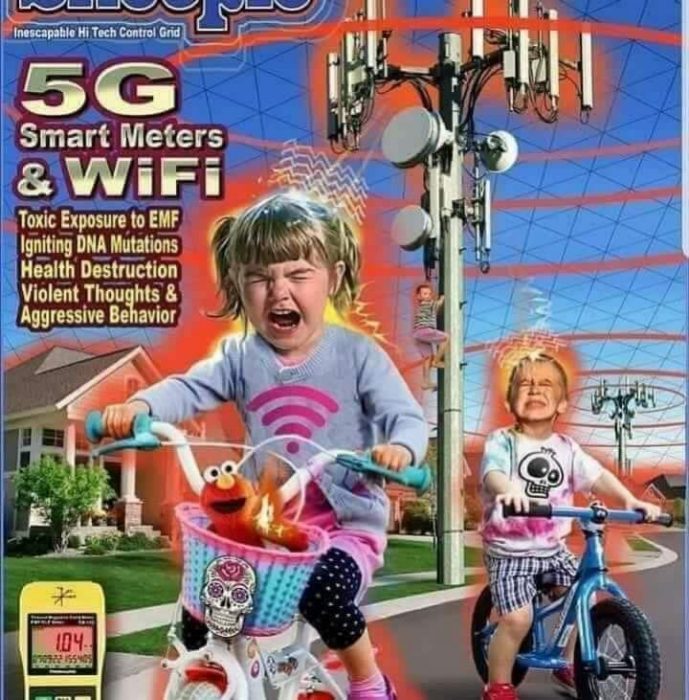 An image from the “Stop 5G” Facebook group. One of their many theories is that 5G changes behaviour.

For Facebook it’s a win-win. They get more people on their platform, more chatter, more stickiness, more adverts. For the newspapers it’s also a win-win. They can use the comments and Facebook posts and call them, “concerned residents”, “locals” or “action groups”. It doesn’t matter that it’s some mad echo-chamber of like-minded people posting unsubstantiated or misleading guff. Screw the consequences, we’ve got advertising revenue to think about.

Let’s have a deeper look at that Facebook coverage..

5G. The opinion from the “Stop 5G” groups on social media

There’s multiple videos the Stop 5G” groups. The one below is entitled “The Truth about 5G” and it tries to draw a link between the coronavirus and 5G being deployed in Wuhan.

The video, which has had some 90,000 views in less than two days, has a lady spelling out the word “F.I.V.E- G” continually and how 60GHz microwaves “impact the uptake of oxygen via the hemoglobin”. The video goes on to say that 60GHz is “absorbed by oxygen”.

Now OK, Wuhan was one of the first places to try 5G, but there was a load of other Chinese cities too – Shanghai, Beijing and others. Wuhan only has a limited 5G coverage even now. There’s also no evidence that 5G can harm humans or the immune system, but hey – this is Facebook, this is YouTube. Reality and fact-checking really doesn’t matter, does it? 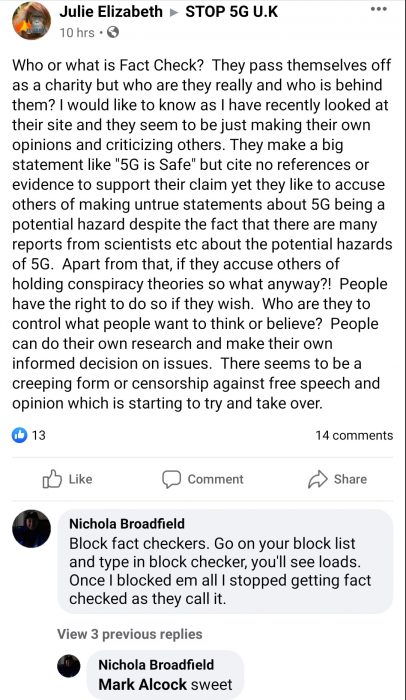 This “link” between the coronavirus and 5G is maintained throughout a lot of these “Stop 5G” groups on Facebook. They will seek to explain that the 5G or WiFi on the Diamond Princess Cruise ship (where a coronavirus outbreak occurred) was a contributing factor and so on. 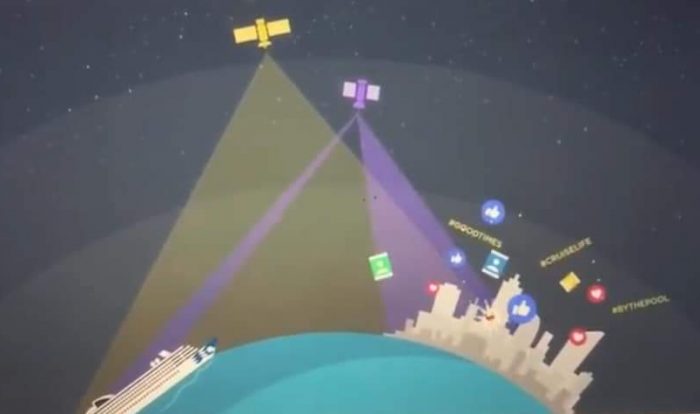 It goes on, and any reported “outbreak” is quickly followed by “evidence” of 5G operating in that area on Facebook. I’ve yet to see how 5G caused the virus to spread in Iran, where more people have died from the virus than anywhere else outside China. 5G hasn’t been installed there yet. 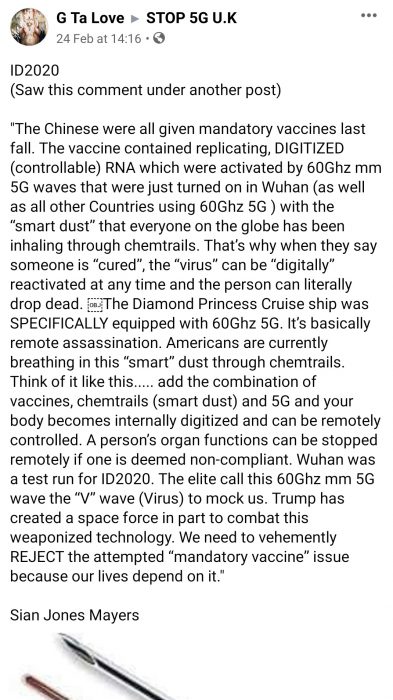 This “theory” seems close to the plot of the film “Kingsman: The Secret Service” where an evil megalomaniac gives away free SIM cards that grant free lifetime mobile and internet connectivity. They’re then “activated” remotely to turn the owner into a violent murderer.

I’m going to post just a few of the comments and “evidence backed” posts here. A lot are cross-posts, or based on “what was posted elsewhere on Facebook”. There’s also posts displaying “secret 5G networks” which are actually 5GHz WiFi access points. 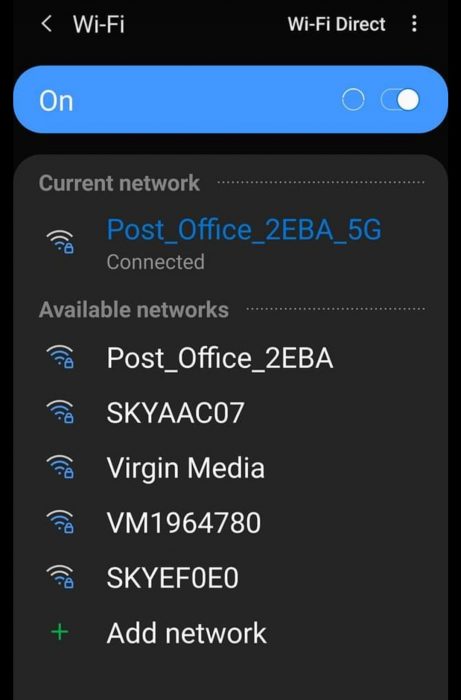 I’m prepared to bet that a lot of these posts were from smartphones connected to that “dangerous” WiFi or 4G signal. The bigger problem though, is that despite the fact that there’s little evidence, people seem to put the same level of trust in random Facebook posts as they do on content from BBC News, CNN, The Times, The Telegraph or any other mainstream news outlet. This, then, is where things get properly dangerous. We’ve seen the constant “Fake News” mantra from Presidents and Prime Ministers. They cast doubt on our long-trusted sources of news so that we instead get sucked in by baseless claims, buzzwords and catchy social media posts. It’s a slippery slope but it’s become a tried and tested method of “controlling the message”.

The steps from the people in power are usually as follows.. Next, a video from here in the UK. This is someone showing, and I quote, “Dangerous levels of microwave radiation” from mobile masts at Exeter train station…

Aside from the fact that it’s filmed in portrait (which is perhaps the ultimate sin), there’s an official-looking meter in use. What is that thing? Well, it’s an Acousticom Radio Frequency Meter and appear to show flashes of 6 V/m. This, along with the noise the meter is making does seem scary, but remember how close the person is to the masts.

The “V/m” reading is how electromagnetic fields (EMFs) are measured. The higher the “V/m” (volts per meter), the stronger the EMF.

If you check the the World Health Organisation website you’ll find that a modern electric oven pumps out a stronger electric field. Stand under an electric pylon (let’s not forget that many houses are built underneath them too) and you’ll get a 10,000 V/m EMF.

Yes, mobile phone masts will kick out 6 V/m, but so does a TV transmitter.

WiFi in your house produces EMF as does many other things (microwaves, Bluetooth, RFID systems, radio masts and so on). 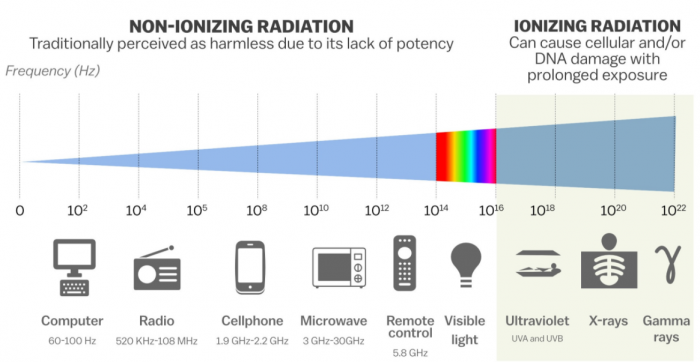 Across the UK the 5G networks will initially be launched on sub-6GHz frequencies, primarily between 3.4 and 3.6GHz (4G operates between 800MHz and 2.6GHz in the UK).

Is it safe? Well, right now it’s probably a better idea to trust the scientists and the regulators rather than social media posts. Some sections on the media, in a bid to survive, aren’t doing that. Meanwhile, other sections of the media are steering clear of asking challenging questions. The result is a world of people, sat on the toilet, getting their daily view of the world from Twitter, Facebook and some random website or newspaper which echoes their view of the world.