vivo is set to unveil the Z6 5G on February 29 and the company has already confirmed it will come with a Snapdragon 7656G SoC, 5,000 mAh battery charging at 44W, and "PC-grade" liquid cooling. Now just two days ahead of the launch, the company has detailed the Z6 5G's quad camera setup.

This setup will include a 48MP f/1.79 main camera joined by a 112-degree ultrawide angle snapper, macro and depth units. 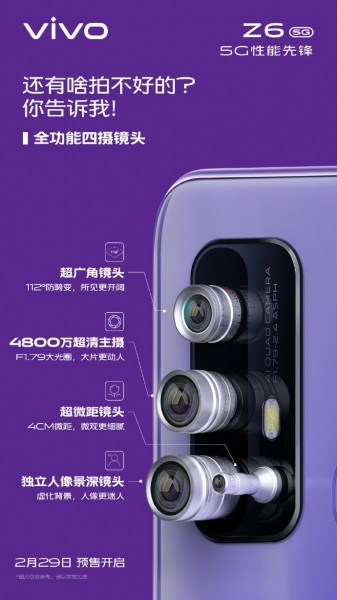 vivo doesn't reveal the resolution of the ultrawide angle, macro and depth modules, but TENAA

revealed the ultrawide angle unit will have 8MP resolution while macro and depth units will be 2MP. 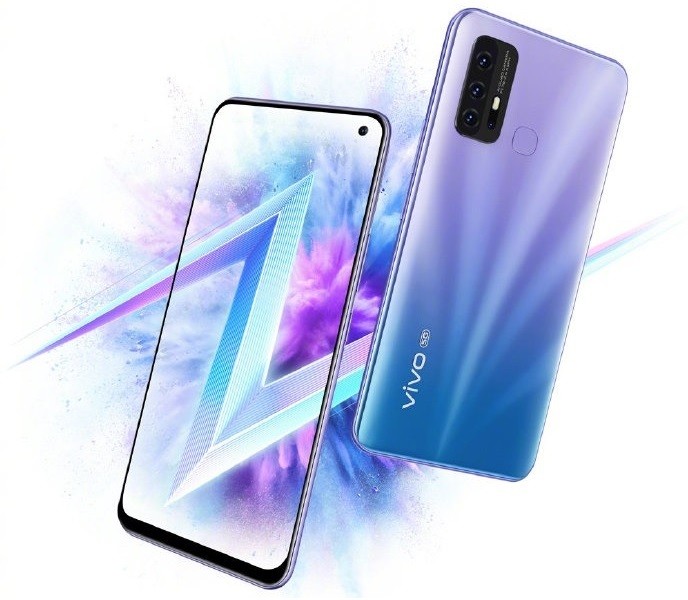 The rest of the specs revealed by the Chinese certifying authority include a 6.57" FHD+ display, Android 10, and 16MP selfie camera.