The biggest carrier in the US snaps up the largest prepaid carrier, but the transaction will take a year or more to complete. 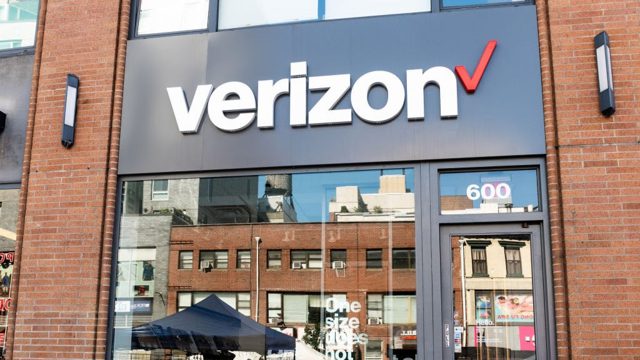 Verizon is buying Tracfone, the oldest and largest virtual wireless carrier in the US, in a $6.9 billion deal that the companies say will probably close in the second half of 2021.

Tracfone has been offering service since the 1990s on all the major carrier networks and operates service for 21 million subscribers under a slew of names including its own, Straight Talk, Simple Mobile, Net10, Walmart Family Wireless, Total Wireless, Page Plus, and others.

"The portfolio of Tracfone brands creates a platform for growth and innovation in Verizon’s support of the value and low income segments. Verizon will continue to offer Lifeline service through Tracfone and further develop its core brands, products and distribution channels, including Straight Talk, the vast majority of whose customers operate on the Verizon network today," Verizon said in a press release.

Verizon has long been the nation's largest wireless carrier. As of the second quarter of 2020, the carrier reported 119.9 million subscribers, compared to 98.3 million for the New T-Mobile and 92.9 million for AT&T.

The T-Mobile/Sprint merger has put pressure on both Verizon and AT&T to find new ways of growing, in a country where pretty much everyone has mobile phones already. While 5G promised new business models involving AR, VR, or machine-to-machine networks, those haven't panned out yet, and the carriers are trying to find ways to pay for expensive 5G network rollouts with existing phone subscribers.

Tracfone adds 21 million customers and $8.1 billion in revenue to Verizon's hoard, according to Verizon CEO Hans Vestberg. Of those 21 million subscribers, 8 million would newly join the Verizon network, but the company would probably also gain increased profits from the other 13 million by eliminating the middle man.

Insiders tell us that Tracfone will be operated separately from Visible, Verizon's existing virtual carrier.

Mike Dano, the editorial director of Light Reading, had a good take on Twitter, when he pointed out that as the COVID recession takes hold, lower-cost prepaid plans will become more important, and Verizon is traditionally a more expensive carrier. The Tracfone purchase gives Verizon a strong role in the low-cost market, without devaluing its own brand.

Virtual carriers, also known as MVNOs, trade hands in the US regularly. TracFone's collection of brands was by far the largest, followed by Boost, which T-Mobile sold to Dish after the merger and which operates on T-Mobile's network. Virtual carrier Ting also recently sold itself to Dish.

The remaining independent MVNOs only have a few million subscribers each; they include Consumer Cellular, Republic Wireless, Red Pocket, US Mobile and others mentioned in our feature on cheap wireless plans.

There's been a lot of concern in the MVNO world after the Sprint/T-Mobile merger, and we may see some of that playing out here. Many virtual carriers relied on Sprint and T-Mobile's low wholesale rates, either using the two carriers as their networks or as competition to keep wholesale rates from the other carriers down. Without Sprint and T-Mobile competing with each other any more, virtual network operators may be looking to get out.

What This Means for Tracfone Subscribers

First of all, this merger isn't closing until late 2021. It also has to go through the usual government antitrust hoops, which might be dependent on whether Trump or Biden wins the presidential election and thus who's in charge of the FCC and Department of Justice. Remember, Obama's administration shot down the Sprint/T-Mobile merger in 2014 and then Trump's government approved it in 2019.

Of Tracfone's 21 million customers, 13 million are on Verizon's network. The other 8 million will probably have to transition to Verizon's network after the merger, which means getting new SIM cards and maybe new phones.

Some of Tracfone's brands may also end up being sold off or closed. Simple Mobile operates entirely on the T-Mobile network. Verizon could offer to sell that off to T-Mobile or shut it down. Many Straight Talk subscribers are on AT&T or T-Mobile, as well.

So Tracfone subscribers shouldn't do anything through the end of the year, for sure. When 2021 comes, we'll deal with that.