The Logitech G305 wireless gaming mouse has dropped to $39.99 at a couple of retailers including Amazon and Best Buy. This price matches one we saw over Black Friday and a couple of other times. The mouse has never gone lower than this so the price is as good as it gets. It also doesn't usually stay at this price very long even during the big deal events. Unfortunately only the black version is on sale today as the other colors are going for prices as high as $60 or are just sold out completely as is the case at Best Buy. 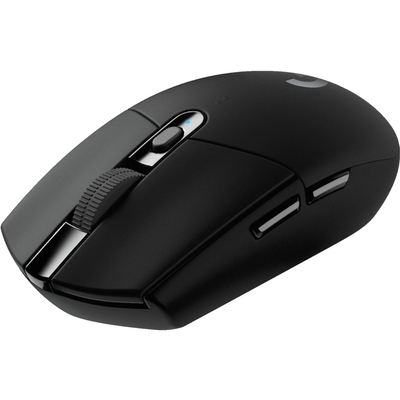 The wireless G305 uses Logitech's LightSpeed technology for instant response performance. Thanks to the use of Logitech's wireless USB receiver and that LightSpeed, you can get responsiveness out of your mouse that's less than 1 milliseconds. You won't even notice that it's wireless because it will just work that well.

It also has a 12,000 DPI sensor. This is adjustable and you can find the DPI that works best for you based on what you're doing. Whether you're playing a game or doing some editing, you should find the best sensitivity for you.

The battery life on this mouse is fantastic, too. Don't worry too much about replacing the batteries when they can last for up to 250 hours on a single AA battery. Buy a few extra batteries if you need them, though, so you'll never run out. That life is so good that pro gamers who have used this mouse in the past have actually switched out the AA mouse with a AAA mouse just to lower its weight and make it faster.

The mouse has optical LEDs to scan the surface beneath the mouse, six programmable buttons for frequently used commands, and is compatible with Windows, Mac, and Chromebook computers.