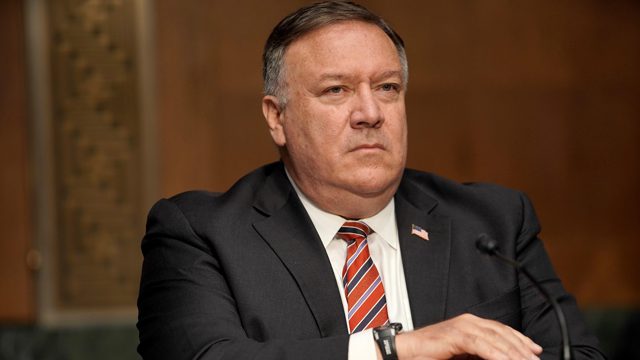 Pompeo made the comment while introducing the State Department’s updated “Clean Networks” effort, which is focused on stopping foreign companies under authoritarian regimes from supplying US vendors.

The effort has largely been pushing US allies to avoid using 5G technologies from Huawei and ZTE on concerns the companies will secretly do the Chinese government’s bidding and spy on users. (Both Huawei and ZTE deny they pose a spying threat.)

On Wednesday, Pompeo said the White House is expanding the Clean Networks effort to tackle five new areas, including Chinese-made consumer apps. Specifically, he named WeChat, a popular messaging app from Chinese tech giant Tencent, as among the products that should get pulled.

“President Trump has mentioned impending action on TikTok and for good reason,” Pompeo said during the press conference. “With parent companies based in China, apps like TikTok, WeChat and others are significant threats to personal data of Americans, not to mention tools for CCP (Chinese Communist Party) content censorship.”

How the White House might get US app stores to ban the Chinese apps was left unsaid. Both Apple and Google didn’t immediately respond to a request for comment. But critics including the American Civil Liberties Union say an outright ban may violate free speech rights.

The other question is how the US would determine if a Chinese-made app is trustworthy or not. Past statements from Pompeo suggest any app that collects user data would fail to make the cut.

“What the American people have to understand is all the data that goes into those mobile apps that kids have so much fun with and seem so convenient, it goes right to servers in China, right to the Chinese military, the Chinese Communist Party, and the agencies which want to steal our intellectual property,” he alleged in an interview

India has already embarked on its own ban of dozens of Chinese-made apps, including TikTok and WhatsApp, on claims the products all pose a spying threat. However, there’s growing concern the app banning will lead to a closed-off, Balkanized internet.

“For decades, the US has been perceived as the defender of free trade and free speech,” wrote Pavel Durov, the founder of the messaging app Telegram on Wednesday. “But now that China has started to replace them as the main beneficiary of global trade, the US (or at least the Trump administration) seems to have become less enthusiastic about those values. This is regrettable, because billions of people on this planet still like the idea of an open and interconnected world.”

The other areas the US's Clean Network effort is going to tackle include stopping Chinese companies from supplying undersea fiber cables, restricting China’s cloud providers from holding sensitive US data, and preventing “untrusted” vendors such as Huawei from preinstalling and distributing US-made mobile apps.

“We don’t want companies to be complicit in Huawei’s human right abuses or the CCP’s surveillance apparatus,” Pompeo said.