A nice Bluetooth speaker is always good to have around and Best Buy has one deal you should snag if you're in the market for a new one. The JBL Clip 3 Portable Bluetooth Speaker regularly sells for up to $70, though right now the speaker is availble in an array of colors for only $39.99 there while supplies last. The price is being matched at Amazon and B&H, though the deal is set to expire tonight at Best Buy, so prices will likely rise everywhere come midnight. 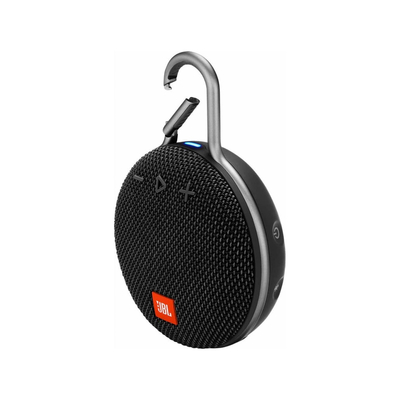 The highly-reviewed JBL Clip 3 Bluetooth speaker is down to just $40 for a few hours only in pretty much all colorways. It can last for up to 10 hours on a single charge and features IPX7 waterproof protection and an integrated carabiner.

Though you're probably spending most of your time at home these days, the rugged JBL Clip 3 is the perfect Bluetooth speaker for taking on the go as it has an integrated carabiner clip that lets you hang it anywhere you'd like — from your bag, belt loop, backpack… it's up to you. Plus, it's completely waterproof so you can swim with it in the pool, sing with it in the shower, or even bring it white-water rafting. Its built-in rechargeable battery lasts for up to 10 hours on a single charge.

There's also a built-in microphone with noise and echo-cancellation so you can take hands-free calls and be heard clearly on the other end. Integrated buttons let you answer and end the call without needing your phone around.

JBL's Clip 3 is highly-rated by existing owners with an average score of 4.8 stars out of 5

based on over 2,000 reviews at Best Buy. Over 5,000 Amazon reviewers score it similarly. If the Clip 3 is not for you or you missed out on this limited-time deal, you'll want to take a look at our list of the best Bluetooth speakers under $100 for some other affordable options.