US wireless carriers are pushing the Galaxy Note20 and Note20 Ultra to switch their customers to 5G. Here's what you'll pay and how to save on Samsung's newest flagships. 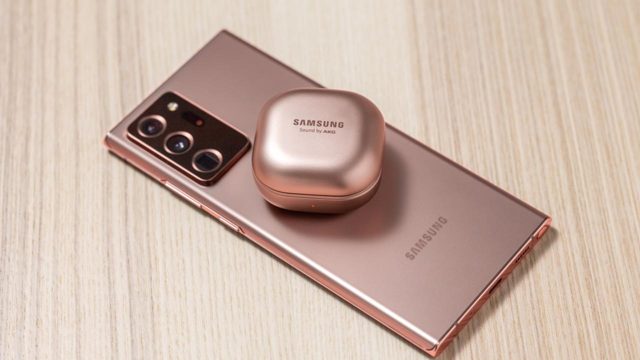 Samsung's Galaxy Note20 and Note20 Ultra phones have high list prices, but it looks like you may not have to pay them. US carriers are desperate to move people onto their 5G networks in the middle of a pandemic and an economic crisis, which means finding ways to help you afford an expensive 5G smartphone—and then lock you into it for the next 24 or 30 months.

There's also a Samsung twist to these discounts, I suspect. We're just a few months away from the launch of the iPhone 12. If you buy a Samsung phone on a payment plan now, that keeps you out of Apple's clutches for the iPhone 12 and iPhone 13, and that's probably worth some money to Samsung.

The Galaxy Note20 and Note20 Ultra are available in carrier-locked and factory-unlocked models, from the US carriers, Samsung, and major retailers. Pre-orders start Thursday, Aug. 6, and the phones arrive in stores on Aug. 21.

Here's what's been announced so far in the way of deals:

AT&T is offering the wildest promo so far: a Note20 is free on unlimited service plans with a 30-month service agreement and trading in your existing phone. (AT&T didn't give me a list of eligible trade-in phones.) The value of the Note20 will be paid out over 30 months, so if you bail on the agreement you'll have to pay off the remaining value.

Best Buy is only offering the same deals as Samsung. Both companies are giving a $150 credit on Samsung accessories if you pre-order the phone, plus up to a $650 trade-in value for your existing phone. These are the places to get the universally unlocked phones, if you want them. They won't have carrier bloatware, and they'll work on any US carrier.

T-Mobile isn't offering much in the way of deals for existing customers. There's an up to $500 trade-in value for your existing phone when buying a Galaxy Note. If you add a line, it's buy-one-get-one-free on the Galaxy Note20 or a $1,000 credit for another smartphone over 24 months, but you have to add a line.

The carrier did confirm that the phones will hit all three layers of its 5G network—low, middle, and high bands—joining the Galaxy S20 series in the ability to do that.

There are complicated promos. If you buy a Galaxy Note20, you get a second device free if you're on a Premium Unlimited plan, or half off with another Verizon unlimited plan. There's also up to a $500 trade-in credit depending on your phone, and a $150 Samsung accessories credit if you pre-order.

Existing Xfinity Mobile subscribers will get a $400 Visa prepaid card if they "upgrade an existing line" with a Note20. Customers who switch to Xfinity Mobile before Sept. 15 will also get $400 off one of the new phones.