The TCL 65-inch 8 Series 4K HDR Roku TV is down to $999.99 at Best Buy. The last time we saw this deal was in early July for Best Buy's 4th of July sale. After that, the TV bounced back up to $1,800 and has been there ever since. Today is your day if you missed the last sale because this is one of TCL's best, and this price matches the lowest we've seen.

The 75-inch version is also on sale. It's down to $1,799.99 despite a street price of $3,000. With both versions, Best Buy is the only retailer that carries them so it's the only place you're going to find these deals.

The Best from the Best 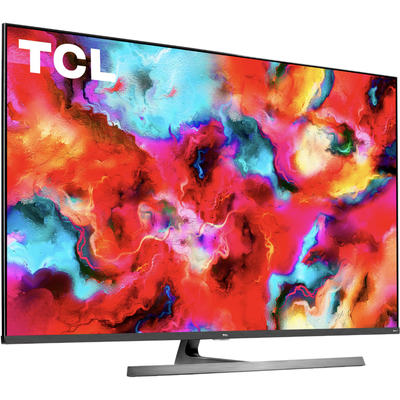 This TV's use of mini LED tech is one of the things that sets it apart. This feature gives you precise control of your TV's image quality, making brights as bright as ever and creating a beautiful contrast with the darks. You get tons of depth and dimension no matter what you're watching. The QLED panel also helps deliver a wider range of colors, giving you even more vivid pictures. Since the TV supports multiple HDR formats including Dolby Vision, you can combine all these technologies for some of the best image quality and clarity around.

There are two 15W speakers built in, but the TV also has support for Dolby Atmos. So if you decide to go the surround sound route, you can get the sort of audio experience that makes you feel like you're sitting in a movie theater. You know that part at the beginning of the movie where they test the sound and that voice whispers "All… Around… You…" You'll be able to recreate that in your living room.

There are plenty of smart features, too. TCL has a Roku TV smart platform, and Roku is one of the best content libraries in the game. You'll get full access to all your favorite streaming apps, 4K and HDR content, and even some channels featuring live TV. The built-in voice assistant compatibility means you can control the TV with your voice, search for your favorite shows, and more when you connect the TV to your smart home. You can even use the remote control, which is voice enabled.

Check out the WhatToWatch review of this TV when it released last year. Nirave Gondhia said, "Why is the 8-series my new go-to recommendation for a TV? Simple — it's a QLED panel. Actually, it's much more than that — it also heralds in a new era in TVs thanks to mini-LED technology, which allows the TV to display much deeper and darker blacks than on any other TV."