The California Public Utilities Commission is throwing T-Mobile's target date for merging with Sprint into doubt. 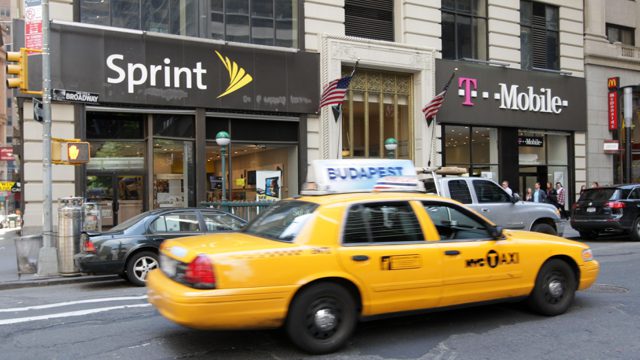 T-Mobile may have publicly announced an April 1 merger date with Sprint, but the current calendar at the California Public Utilities Commission is throwing that date into doubt. The CPUC is still planning to discuss the merger on April 16, according to a March 5 administrative law ruling first seen on Bloomberg.

The T-Mobile/Sprint merger saga has been going on for more than a year now, and unfortunately it still has no fixed end date. While US District Court Judge Victor Marrero rejected a multi-state challenge to the merger, two hurdles still stand in the way.

CPUC approval is needed for the merger to go forward in the nation's largest state. In theory, insiders tell me, the New T-Mobile could launch in April 1 in 49 states, while maintaining separate Sprint and T-Mobile presences in California. But I haven't heard that the company is preparing the legal structures for what this very weird eventuality would look like.

Even that could only go forward when D.C. District Court judge Timothy Kelly completes his review of the merger under the Tunney Act. Kelly was appointed in 2017 by President Trump, which means he's unlikely to deny a merger that Trump's FCC and DOJ stand behind. But he's been radio silent for more than a month, giving no sign as to when his decision will come down, and he has no formal deadline to do so.

None of that has prevented T-Mobile from putting out a formal date of April 1 to close the merger. From what I've heard, they're already doing the prep work to merge the networks, which would involve moving Sprint subscribers over to T-Mobile's LTE network, then turning down Spr int's Band 41 LTE network and using that spectrum for 5G

This whole process will be complicated, and it has pitfalls. For instance, there are plenty of people with older Sprint phones that will not work ideally on the T-Mobile network. They will need to be transitioned to newer devices for best performance. This is less of a concern than it has been in other mergers, because those phones generally don't rely on Band 41, and Band 41 is what T-Mobile wants to reallocate first; it can leave the rest of the Sprint network alone for a while.

T-Mobile had a massive low-band 5G launch in December and has been filling in gaps in its network since then, but we've seen less 5G expansion from Sprint this year. Sprint launched in Miami around the Super Bowl, but it mostly seems to not be pursuing major pre-merger launches while the merger is in process.