It's certified as an 'Eye Care Display' and uses 15 percent less power than previous OLED panels. 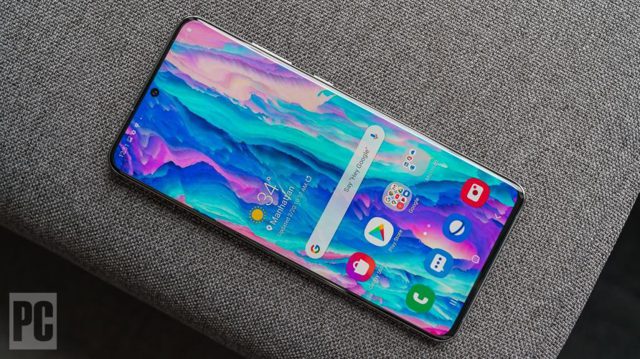 Your next smartphone will enjoy improved battery life and won't mess with your sleep pattern if it uses Samsung's newly announced OLED display.

Samsung Display this week announced an optimized OLED display aimed squarely at the smartphone market and in particular 5G phones. It boasts two features that m anufacturers and consumers will be very happy to embrace. The first is a reduction in power consumption by 15 percent, and the second is a reduction in the amount of blue light the display emits.

In terms of energy consumption, the panel only requires 1.3W compared to Samsung's previous OLED which required 1.5W. It's a saving that should result in a noticeable improvement in battery life. The drop in power consumption was verified by testing agency Underwriters Laboratories (UL).

Blue light is always highlighted as being harmful due to it having more energy per photon of light than other colors, but generally speaking, blue light alone in consumer electronics devices won't cause harm to your eyes

. However, it can disrupt your sleep and therefore a reduction is no bad thing.

OLED panels already emit 70 percent less blue light than LCD screens, but this latest panel widens that gap further. Samsung's last OLED panel emitted 7.5 percent blue light, where as the new one only emits 6.5 percent. The drop earned Samsung "Eye Care Display" certification for the panel by the Société Générale de Surveillance (SGS), and you can be sure that will be used in marketing.