The latest quarterly report from Strategy Analytics is out and it gives a little bit more insight on how the market moved this year and what to expect in the next year or so. The key takeaway is that the market is recovering faster than expected, so instead of the previously forecasted 15.6% decline in global smartphone sales, the market will suffer around 11% loss instead. The US, European and Indian markets are the driving factors. 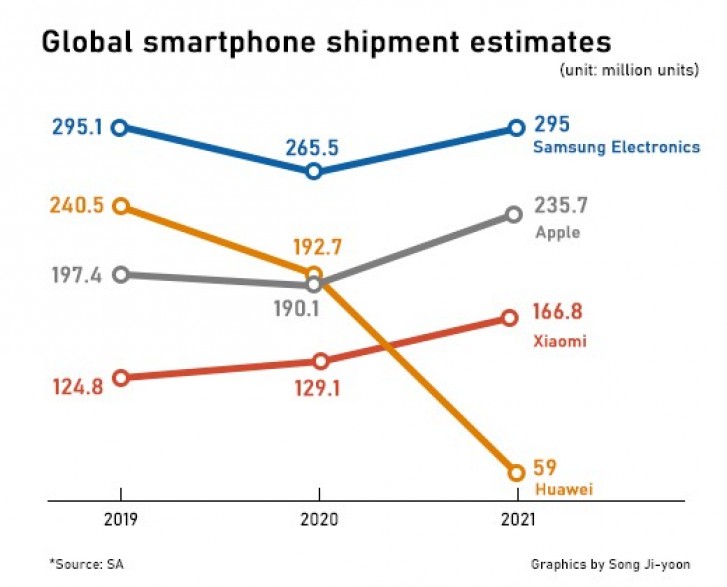 Amidst the declining smartphone sales, Samsung once again stands out with solid smartphone sales ahead of the pack. It is projected that the company will finish off the year with a total of 265.5 million smartphone shipments taking 21% market share, followed by Huawei with 192.7 million sales surpassing Apple by just a little, which in turn will sell 190.1 million units and take 15.3% of the market.

A steep decline in 2021 is expected for Huawei going as low as 59 million units with Apple and Samsung stepping up their game. Still, the 2019 global market sales of 1.41 billion units in total will be matched in the rather distant 2022, mainly due to strong 5G and foldable smartphone market growth.