Samsung Schedules 'Galaxy Unpacked for Every Fan' Event for Sept. 23

The virtual Galaxy Unpacked for Every Fan event is scheduled for Sept. 23 at 10 a.m. ET and will reportedly include the launch of the Samsung Galaxy S20 Fan Edition. 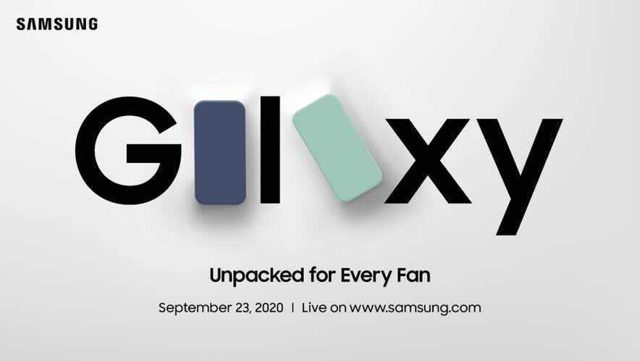 
Despite the pandemic, Samsung has had a busy summer of events, with the Note 20 reveal in August and a deeper dive into the Galaxy Z Fold 2 earlier this month. Tonight it announced a third event scheduled for next week.

The virtual Galaxy Unpacked for Every Fan event will be held on Sept. 23 at 10 a.m. ET and will reportedly include the launch of the Samsung Galaxy S20 Fan Edition.

Samsung was light on details, but Android Police recently got its hands on specs and images for the Galaxy S20 FE (Fan Edition) 5G. The device will be similar to the Galaxy S20 but include some tweaks that will make it more affordable.

The third zoom camera on the S20 FE, for example, will be an 8MP telephoto lens with 3x optical zoom instead of a 48MP crop-zoom sensor, Android Police says. Look for several color options, including red, white green, and orange.

WinFuture, meanwhile, says Samsung will offer a 4G version that runs an Exynos 990 chip and a 5G version with the Snapdragon 865 found in the S20.

We'll have to wait until next week for the full details, but you can live stream the event on Samsung.com beginning at 7 a.m. PT / 10 a.m. ET. Stay tuned for full coverage.