The Samsung Galaxy Tab S6 has been around for several months now but its 5G version has been stuck in rumorland. Back in October, we saw the tablet obtained certifications from both the Bluetooth SIG as well as the Wi-Fi Alliance and now it was approved by South Korea’s NRRA (National Radio Research Agency). 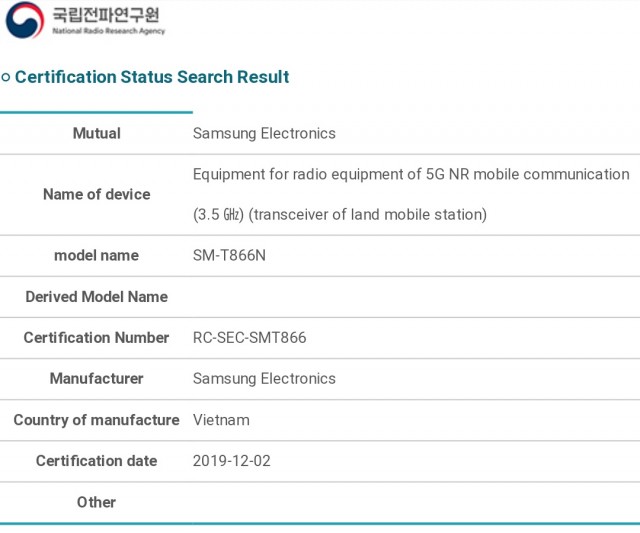 The device is bearing the same SM-T866N model number as the previous listings and the “N” at the end indicates devices that are exclusive for the Korean market. The 5G capable Galaxy Tab S6 will likely debut in South Korea and as of now, it's not clear if it will make its way to international markets later on. All the other specs are expected to be carried over from the regular Tab S6 like the 10.5-inch Super AMOLED QHD+ display, quad speakers and 7,040 mAh battery.