Yes, you read that correctly, December security patches, even though, as of writing this, it is still technically November. You won't hear us complain, though, especially since Samsung kind of managed the same feat for the November Galaxy S10 security patch, which started seeding in late October. If this becomes a habit, the Korean giant definitely deserves some praise. 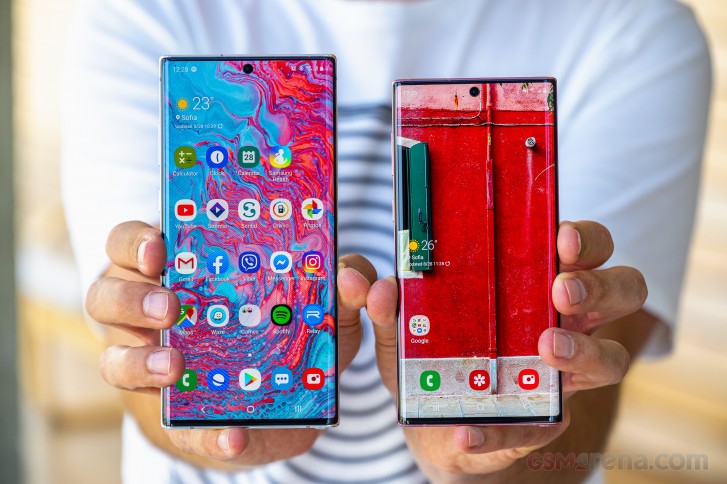 As things currently stand, Galaxy Note10 and Note10+ users in about 25 Europe markets should be able to fetch an N97*FXXS1ASKB OTA package, thorough the phone's update menu. As for the Galaxy Note9, as far as we can tell, currently only users in Germany have been treated to the respective N960FXXS4CSK2 software build, which brings in the same Android December security patches.

For the more impatient among you, the sammobile website, which you can hit-up at the source link, does have a thorough firmware archive where said packages can be downloaded and manually flashed as well. There's probably no real need to rush, though, seeing How Samsung is clearly ahead of schedule on this one. Plus, the OTA package only contains Google's December security patches. No other features form Samsung themselves. This kind of makes sense as well, since Samsung's mobile software division is quite busy at the moment, working on One UI 2 on top of Android 10. Open beta runs are currently live for both the Note10 and the Note9, by the way. If you are feeling adventurous, you can jump on one of those as well. The process is really simple nowadays and only involves Samsung's Member's app.