A couple of listings from The Bureau of Indian Standards appear to add to the already impressive roster of upcoming new Samsung Devices. We are already expecting the Note20 series, Galaxy Fold 2, the Galaxy Z Flip 5G and potentially a pair of Tab S7 tablets and some TWS Buds, all at an August 5 unveiling event. We can probably add the Galaxy Watch 3 to the list, as well. A BIS certification typically signifies an imminent release and this particular one lists three distinct device models: SM-R845F, SM-R855F and SM-R850F. The latter one of these is a bit of a mystery, while the other two have already come-up in recent Bluetooth certification documents. 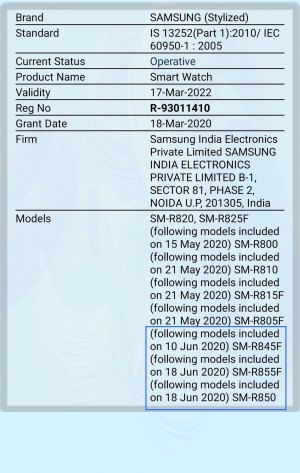 Summing-up what we already know about the Galaxy Watch 3, there should be two distinct size versions – 41mm and 45mm. Both equipped with 1GB of RAM and 8GB of onboard storage, certified for MIL-STD-810G and IP68 and likely running Tizen 5.5 OS. Thanks to a South Korea NRRA certification, we also have early photos of the Watch 3 design, which seems to feature a return of the rotating bezel with a slimmer profile and larger screen area than previous-generation Galaxy Watches. 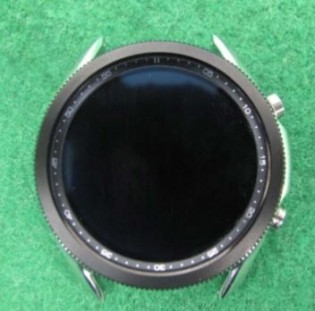 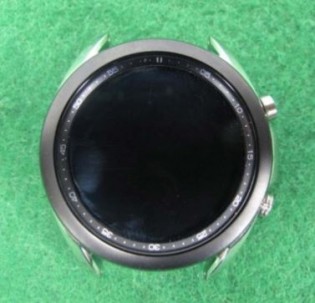 Moving on to the Galaxy M01s, which also surfaced in BIS documentation, with the SM-M017F/DS model number and not much else in terms of details. That model alone is enough to deduce that there will be a Dual SIM variant of said headset. Samsung’s decision to follow-up the original Galaxy M01

so soon after its unveiling, earlier this month, is a bit perplexing. Perhaps the Korean giant has figured out a way to deliver even more value at around the same $120 ultra-budget price point of the current M01. 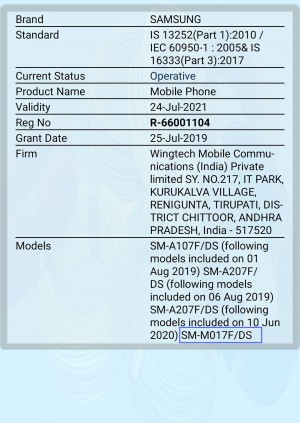 Searching around, it turns out that the Galaxy M01, under the same general SM-M017F/DS model number has already made a few certification and benchmark rounds, mostly slipping under the radar. The Wi-Fi alliance lists its wireless capabilities as Wi-Fi b/g/n only on the 2.4 GHz spectrum and also claims the tested device is running Android 9. A bit odd, once again, considering the current Galaxy M01 ships with Android 10. However, a few available GeekBench runs double-down on that Android version. 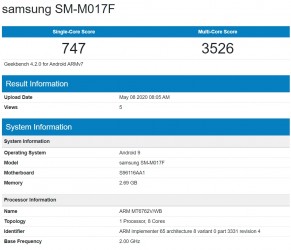 These also claim that the Galaxy M01s is rocking 3GB of RAM and a MediaTek Helio P22 chipset, as opposed to the Snapdragon 439 inside the vanilla Galaxy M01. That's all we know about the Galaxy M01s so far. We don't really expect it to make an appearance at any formal Samsung unveiling event either, due to its modest nature. So, we'll be keeping an eye on side channels.