Samsung's next truly-wireless earbuds are the worst-kept secret in tech. Bound to become official alongside the Samsung Galaxy S20 family in February, the Galaxy Buds+ will retain the design and case of their predecessor but will likely come with aptX support and active noise cancellation.

The list is now expanded with a new Sky Blue color. Seen below is a render of the as-of-yet unofficial Galaxy Buds+ in Black, White and Sky Blue (the replacement for the Galaxy Buds' Yellow perhaps).

The render seemingly confirms that the new Galaxy Buds+ will retain the design and case of the current Galaxy Buds. 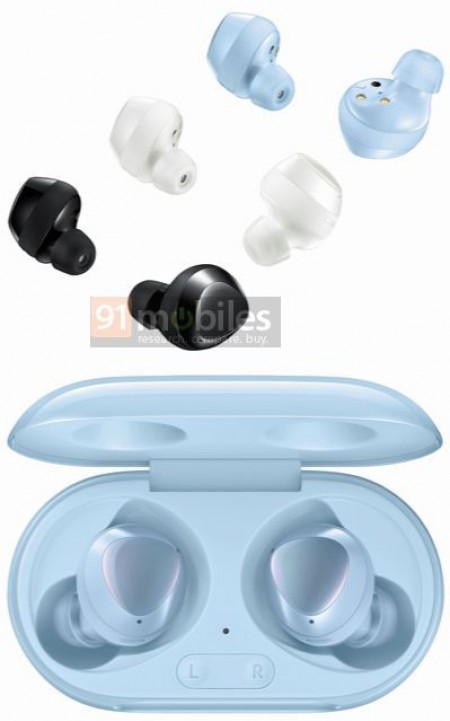