An unknown Samsung device sporting model code SM-A426B and believed to be the Galaxy A42 5G has passed through Geekbench, revealing key specs in the process.

The phone runs Android 10 and has 4GB RAM onboard. The motherboard section in the listing mentions "lito" which corresponds to the Snapdragon 765G SoC and the details mentioned in the processor information section also hint towards the same, but the source code of the web page tells a different story. 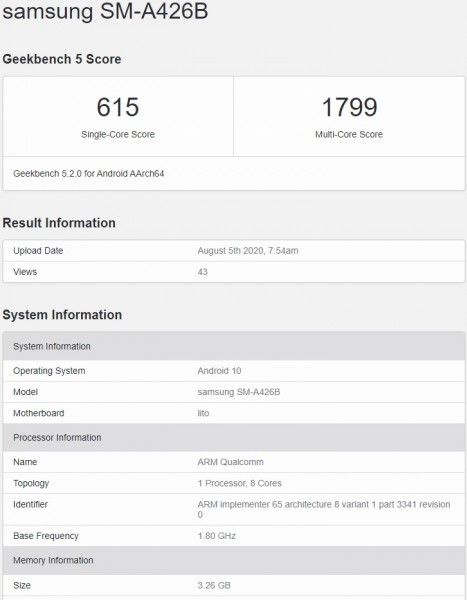 The code lists the GPU on the device as Adreno 619 instead of Snapdragon 765G's Adreno 620. This might lead some to believe that Galaxy A42 5G will have the Snapdragon 690 SoC

under the hood, but it's worth mentioning that Snapdragon 690 comes with Adreno 619L. 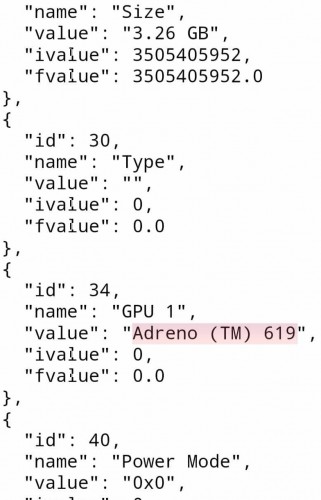 There's no word from Samsung yet about the Galaxy A42 5G, but the smartphone was spotted on China's 3C last month with a battery having a rated capacity of 4,860 mAh

Previous rumors claim the Galaxy A42 5G will have 128GB of storage and it will arrive in early 2021.