Earlier this month, an image of the Samsung Galaxy A11's back panel surfaced, revealing a triple camera setup aligned vertically in the upper-left corner. Today, an official-looking press render has leaked, giving us our clearest look yet at the Galaxy A11 while also revealing a few more bits about it.

The image reveals that Galaxy A11 will sport a display having a punch hole in the top-left corner. Around the back, we already know it will have a triple camera setup. But this time, we see an oval-shaped fingerprint reader on the panel.

You can also see the power button and volume rocker placed on the right side of the phone, with the 3.5mm headphone jack at the top. 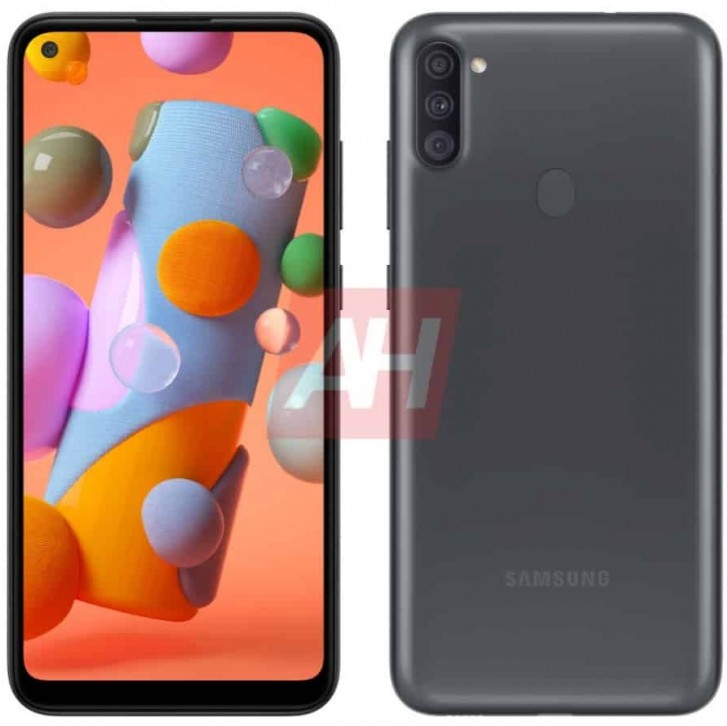 From previous rumors, we know the Galaxy A11 will have 128GB of storage onboard. Now we've got a few more specs on h and: 6.4" LCD, 13MP primary camera, and an 8MP selfie shooter.

The Galaxy A11 passed through FCC last month, revealing it will pack a 4,000 mAh battery.