At the beginning of last month, Samsung semi-unveiled its cheapest 5G phone yet, the Galaxy A42 5G. The company showed us some official images, and only touched upon a few specs – like its 6.6" AMOLED touchscreen. And that was it.

Thankfully, today Samsung has shared more details about what's inside this smartphone, handily presented in infographic form, as you can see below. 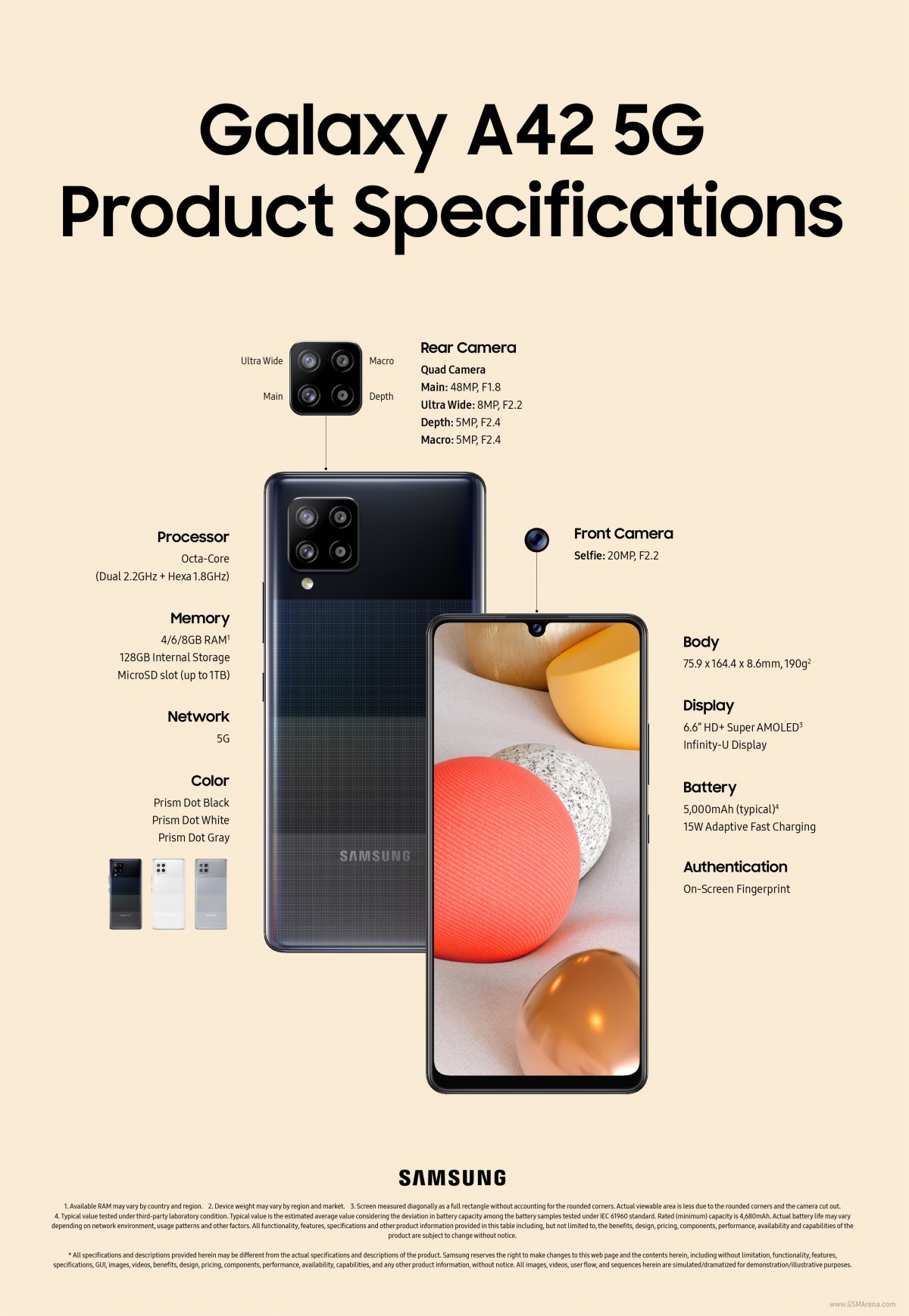 The phone is powered by an unnamed chipset with an octa-core CPU (dual 2.2 GHz + Hexa 1.8 GHz). Based on that configuration of cores and their maximum clock speeds, this seems to be the Snapdragon 750G SoC, recently announced and already present in Xiaomi's Mi 10T Lite

Moving on, you get 4/6/8GB of RAM in the A42 5G, depending on which model you buy, storage is always 128GB, though, and expandable via microSD, unsurprisingly. A 5,000 mAh battery keeps the lights on, and it charges at 15W maximum. The phone has an in-display fingerprint sensor. The Galaxy A42 5G will be offered in Prism Dot Black, Prism Dot White, and Prism Dot Gray. A release date is still unclear, as is pricing information at this point, but clearly this one should be cheaper than the Galaxy A51 5G.