The next Samsung smartphone in the entry-level world was expected to be called Galaxy A02, but a device with the model number SM-A025F/DS was just certified in Thailand as Galaxy A02s, revealing the actual marketing name of the device.

, later popped on Geekbench, and today is on NBTC. 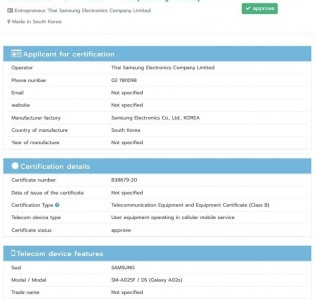 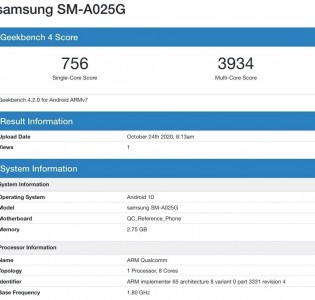 Those listings reveal pretty much nothing about the actual specs sheet of the phone. What we can take out from these listings is the Galaxy A02s will have dual SIM option (hence the DS in SM-A025F/DS), it will have a 3 GB RAM option and Android 10 – nothing unexpected.

Inside info tells us the GPU will be Andreno 506, which comes on the Snapdragon 450 chipset, but we cannot fully confirm this is indeed real.

What we can say with confidence is the Galaxy A02s is likely to cost around $130/€110 and to sell in all major markets across the world.