Realme has just introduced three new 5G phones to the Chinese audience – the premium Realme X7, Realme X7 Pro, and the ultra-affordable Realme V3. The vanilla Realme X7 is the official debut of the Mediatek Dimensity 800U chipset, so we'll start with that one. 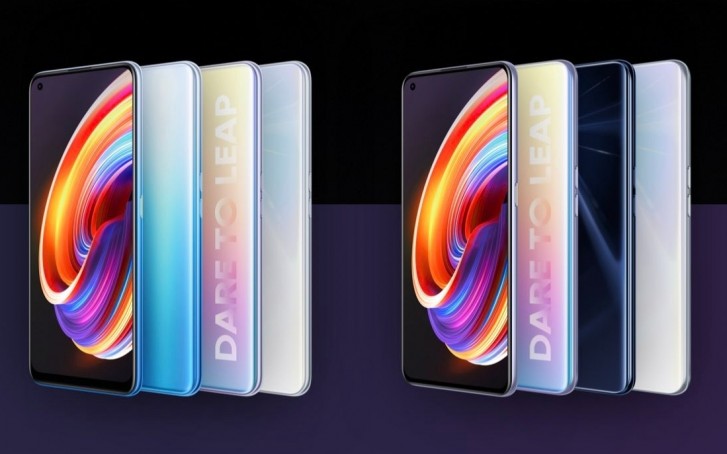 The chipset of the Realme X7 is built on the 7nm process technology and its two big Cortex-A76 CPU cores run at 2.4 GHz. The GPU is Mali-G57 and the platform is coupled with 6GB or 8GB LPDDR4X RAM, while the internal storage is 128GB.

The front is occupied by a 6.4” AMOLED panel with 180 Hz touch sampling rate. It has a Full HD+ resolution and a single punch hole in the top left corner for the 32MP f/2.5 selfie camera.

There are four more shooters on the back – 64MP f/1.8 main + 8 MP f/2.3 ultrawide + 2 MP B/W sensor for portrait shots + 2 MP macro cam. They are lined up in a rectangular setup on the back, having a single LED flash keeping them company.

There is no fingerprint scanner on the side or the back – it is embedded under the OLED panel. The Realme X7 comes with 65W fast charging for the 4,300 mAh battery through a USB-C. 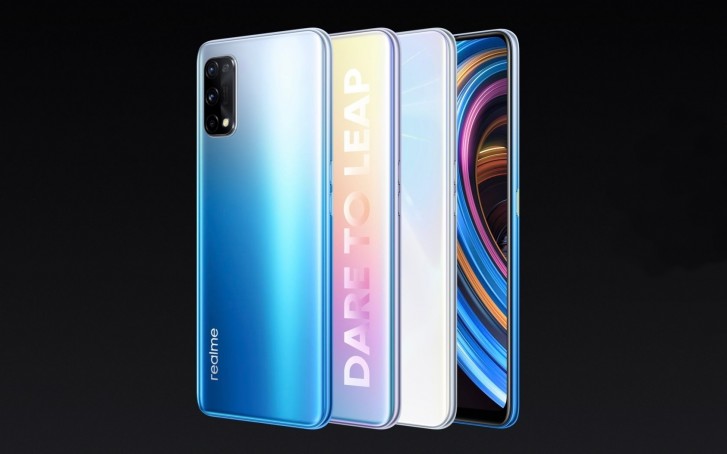 Realme X7 weighs just 175 grams and is about 8.1 mm thin. It has two slots for SIM cards and they both can hook up to 5G networks – the Dimensity 800U chipset allows easy switch between them – that way one card can be used for calls and the other for fast browsing and games.

The phone is offered in Blue, White, and gradient color with Dare to Leap writing on the back. Price starts from CNY1,799 ($265/€220) and the first flash sale is scheduled for September 7.

The Realme X7 Pro comes with a 6.55” AMOLED of 120Hz refresh rate and 240Hz touch sampling rate. It still comes with a punch hole in the upper left corner for the 32MP front-facing camera.

The chipset in the X7 Pro is Dimensity 1000+, which is the current MediaTek top SoC and is quite close to even Qualcomm's Snapdragon 865 in terms of performance. The phone comes with a fancy heat dissipation system, including a vapor chamber, to lower the core temperature by up to 10 degrees Celsius. 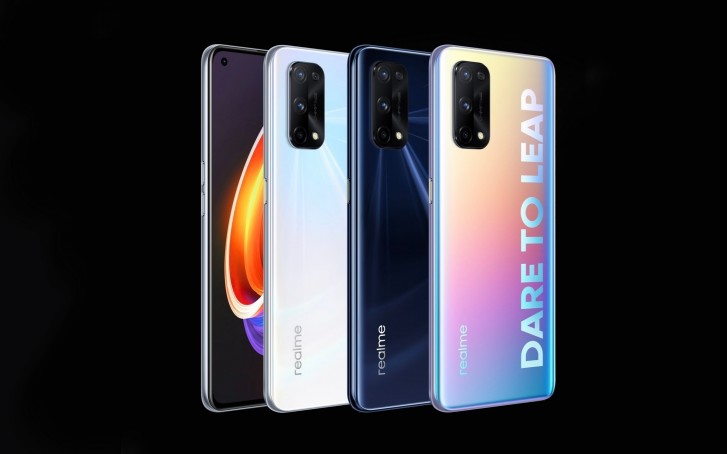 The X7 Pro is available for pre-order, with first shipments scheduled for next week, September 7. The version with the “Dare to Leap” slogan is still here, but you can also get it in Dark Blue or Pearl White.

The V3 is built around a 6.5” LCD of HD+ resolution with a waterdrop notch for the 8MP selfie camera. The fingerprint scanner made its way on the back where three cameras and an LED flash are lined up in a square. 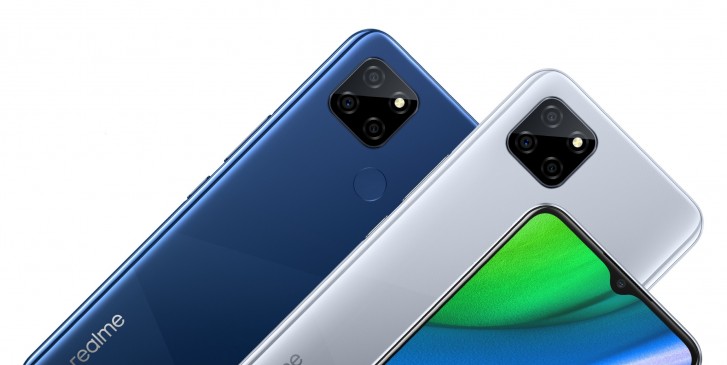 The main camera is 13 MP with f/2.2 aperture and is accompanied by two 2 MP f/2.4 cams – one for close-up shots and the other for fancier portrait shots with artificial blur around the object.

Realme V3 5G comes with a relatively big 5,000 mAh battery that supports 18W charging through the USB-C. There is also a 3.5 mm audio jack right next to the USB port. 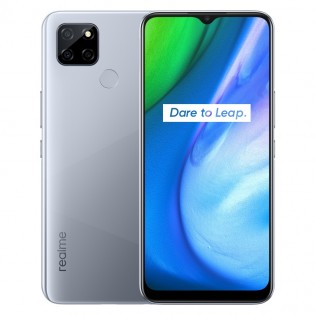 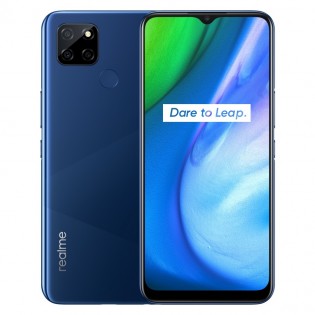