Chinese phone maker Realme has announced its third smartphone of the year, dubbed Realme C2s. This one didn't get an event or even a press release, but once you check out its details you can see why.

Going by the name, one would expect it to bring some upgrades over the vanilla C2 that was announced last April, but as it turns out it's merely a change of name for the Thai market.

The smartphone has 3GB RAM and 32GB of storage onboard, but there's also a microSD card slot, allowing storage expansion by up to 256GB.

For photography, the Realme C2s has a 5MP selfie snapper on the front and a 13MP main camera at the back joined by a 2MP depth module. 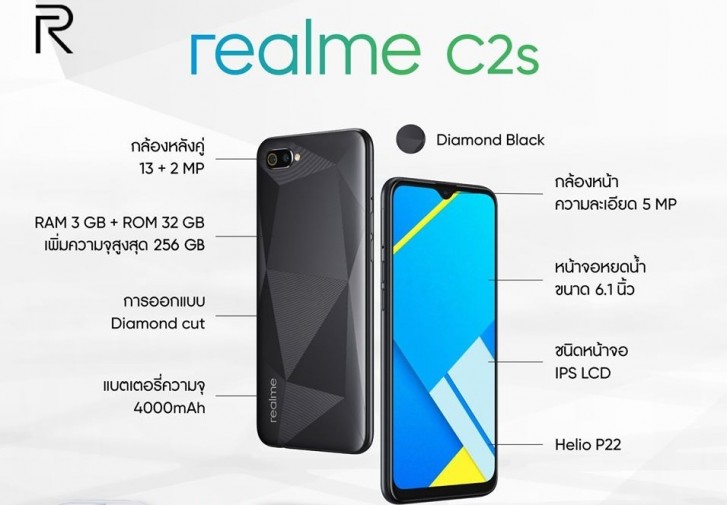 On the software side, the Realme C2s boots to Android Pie-based ColorOS 6.1, unlike the C2 that came with ColorOS 6.0. That's the only difference between the two smartphones.

The Realme C2s is offered in a Diamond Black color and is available in Thailand for THB1,290 ($43/€38) through the 7-Eleven stores.