If you want a Google Pixel but don't want to pay full retail price for the newly-announced Pixel 4a or whatever the Pixel 5 ends up costing, Woot has a one-day sale just for you today. It is offering a variety of refurbished Google Pixel devices with prices from starting at just $99.99.

The sale features everything from the original Google Pixel XL to the most recent Google Pixel 4 devices, all available fully unlocked and ready to go. The devices may show some signs of wear, though they have all been tested to ensure they are fully functional and come backed by a 90-day warranty.

Go refurb and save 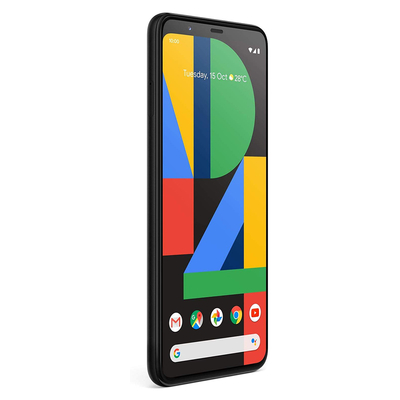 This Woot sale has Pixel phones from the original Google Pixel XL to the more recent Google Pixel 3a and Pixel 4 models so you can take your pick. Though the devices may show some wear, they are all unlocked and will be fully functional.

The most affordable option, as you might expect, is the first-gen Pixel XL at $99.99, though just $30 more gets you in the door with a Google Pixel 2 which is probably worth the extra for most people.

The Pixel 2 is equipped with a 5-inch 1080p 441ppi AMOLED display, unlimited Cloud storage, and 4GB of RAM, along with a 12.2MP f/1.8 rear camera, 8MP front camera, and the ability to record 1080p video at 120fps. This is an Android phone through-and-through, and it's even capable of bringing up the Google Assistant when you squeeze it. The Pixel 2 XL does everything the Pixel 2 does, just a bit bigger with its 6-inch display and larger battery capacity.

Woot's sale also features the refurbished Google Pixel 3 and 3 XL from $189.99. Both pack in a Snapdragon 845 processor, front-facing speakers, and OLED display in 5.5- or 6.5-inch sizes. They are also IP68-rated for water resistance. Both are also equipped with a 12MP rear camera that has awesome features like Night Sight and Top Shot, plus dual selfie cams with wide-angle and portrait capabilities.

More recent devices include the Google Pixel 3a and 3a XL

from $189.99. The Pixel 3a phones have a fast-charging battery that's adaptive and can help you save power over time. It will give you seven hours on a 15-minute charge, too. The Pixel 3a promises three years of operating system and security updates, and the Titan M chip gives you hardware-based protection for your passwords.

Alternatively, go for the refurb Google Pixel 4 or 4 XL for as little as $419.99. It has a 90Hz display, Motion Sense hand gestures, powerful face unlock, and dual rear cameras. There's also a revamped design and upgraded internals like the Qualcomm Snapdragon 855 processor, 6GB RAM, and Qi wireless charging.

Woot normally charges $6 per order for shipping, though you can have your order shipped for free there by signing in with an Amazon Prime membership before checking out. If you've never been a Prime member before, you can start a free 30-day trial

to score free shipping at Woot and Amazon, along with access to all of Prime's perks like the Prime Video streaming service, exclusive members-only discounts, and more.