According to the latest smartphone patent from Oppo, a new smartphone design has come about. This design is reminiscent of the classic slider phone: a mobile device with a display that can be slip up along a track to reveal either a larger display or a set of buttons underneath. The latest patent marries the slider to a modern touchscreen smartphone.

Rather than a smartphone that folds closed like the Galaxy Z Flip, the Oppo patent (filed back on February 27 2020) shows a smartphone with a square-size display. Upon pulling the display up, the screen gets longer and taller into an “open” position. According to the patent, the screen gets about 80% larger when its opened up. 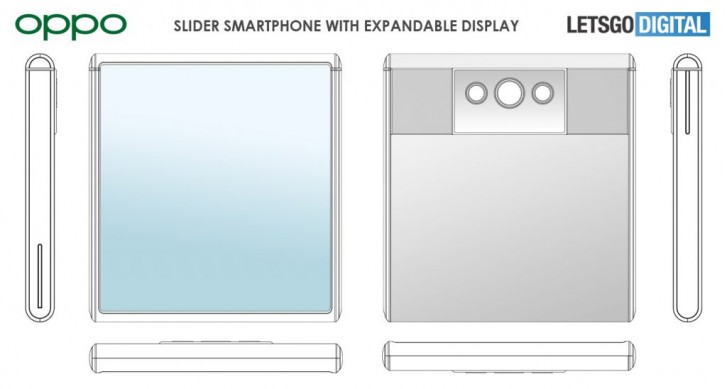 These renders were provided by LetsGoDigital who mocked up the patent sketches from the document into a more detailed version of the phone. 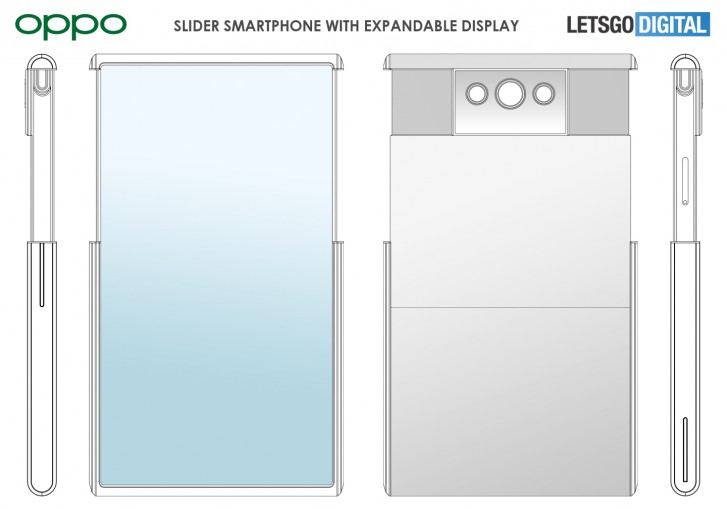 Given the phone’s U-shaped profile, the lower end of the display is seemingly retracted into a spring-loaded roller of some sort. The SIM tray hides behind the exterior track of the phone and a triple camera setup sits on the upper housing of the phone, as well the SIM tray is only accessible when the phone is in the “open” position.

There’s no sign of a selfie camera and this could mean that the phone intends to launch with an under-display camera, but it could also simply mean that the patent is a placeholder for a more refined design in the future. These patents aren’t necessarily meant to reflect actual products that will certainly be available for sale. Smartphone companies patent unreleased designs all the time.

TCL has previously showed its concept rollable display smartphone that can extend similarly to the way that the patented Oppo phone would – the difference is that the phone would roll horizontally so it converts from a tall smartphone form factor to a wider tablet size display. Thanks to flexible display panels, we’re excited to see different form factors the modern smartphone can be reimagined in.