Oppo is introducing the Find X2 and Find X2 Pro on Friday, and just two days ahead of the launch the company decided to share more details about the camera of the latter. Earlier this year we spotted some promo posters, suggesting a periscope camera, but now we have official confirmation from the manufacturer’s official Weibo page. 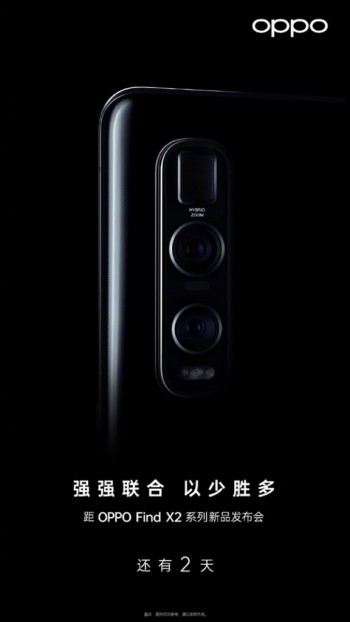 The triple camera will have the periscope unit on top and two conventional lens shooters below. Between them, we can see a sensor that might also be laser autofocus, and the whole ensemble is finished by an LED flash. The back panel seems to have curved edges, and we expect the front to have similar 2.5D curves as well.

Specs-wise, Oppo Find X2 Pro is going to have

an OLED panel with QHD+ resolution and 120Hz refresh rate.

Surely the phone will have the latest SuperVOOC that goes up to 65W with the proprietary charger, but the big question is how much will the phone cost and when will it arrive outside China.