As of this morning, the OnePlus Nord is available in the UK and Germany, ready to ship in 24 hours. And the company has a surprise for its fans that are getting the first batch of units – exclusive goodies.

These perks seem to be randomized. You can get a tote bag, you can score a Creator Case, or maybe just get the AR Cardboard (which was used for the announcement stream). Hit refresh a few times and see what you come up with. 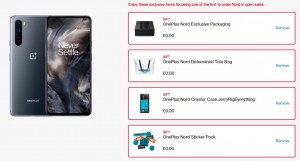 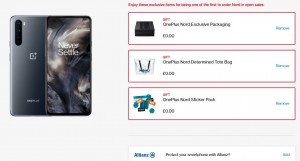 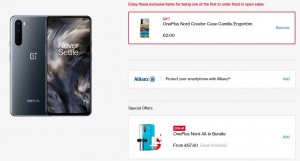 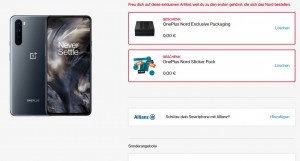 In addition to the UK and Germany, the OnePlus Nord will ship in two days in most of Europe. August 6 is when shipments start in India too, by the way.

Note that in France there’s a free pair of OnePlus Type-C Bullets included, but that’s due to local laws that require a headset be bundled with the phone.

Don’t miss our hands-on review of the Nord for more details on OnePlus’ mid-ranger.