The Nokia 7.3 was expected to arrive in September, then the launch was delayed for November and according to the latest reports from Nokiapoweruser, another postponement is inevitable and the device will be introduced “by the end of 2020”.

It will be accompanied by Nokia 9.3 PureView and Nokia 6.3, two devices that were also supposed to arrive this month. 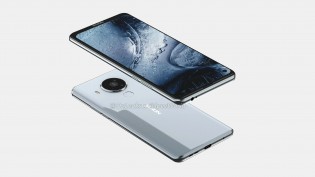 The source quotes its own insiders from HMD Global who revealed the major launch event is postponed yet again. So far, we expected the Nokia 9.3 PureView phone to be a flagship from top to bottom with a Qualcomm chipset, 120Hz OLED panel, and 108MP main camera with Zeiss optics.

The Nokia 7.3 5G is supposed to run on the Snapdragon 690 chipset and to have a 48MP quad camera on the back. The Nokia 6.3 is said to be virtually the same phone sans the Qualcomm platform which will be LTE only for markets where 5G has not yet arrived.

However, we’re still playing the waiting game and hopefully these phones will arrive sooner rather than later.