Keeping the phones charged on the move is a convenience that all smartphone users seek. Portable charging has made this possible and ensured that users don’t have to constantly worry about their smartphone battery levels while they travel. Taking convenience a step further, MOMAX has launched a portable and wireless charger, named MOMAX– Airbox True Wireless Power Bank that solves both portability and cable connection issues. The Airbox power bank ensures that users don’t have to worry about tangled cords and bulky chargers. Offering fast and wireless charging, this unit powers up most Apple devices and Qi-enabled smartphones from zero to full in up to 3 hours. The Airbox is perfect for charging Apple devices like iPad, Airpods, and Watch. With a capacity of 10000mAh, this power bank can easily keep most devices charged throughout the day. 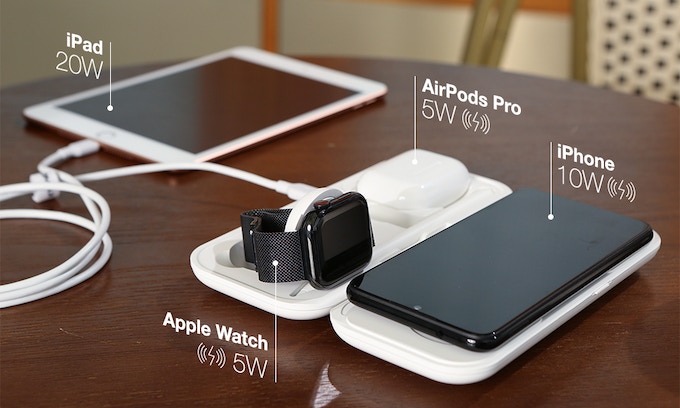 Featuring an output of 5W and 10W for wireless charging and 20W PD for a type-C cable charging, the MOMAX Airbox charges Apple devices faster compared to the chargers provided by the company. The innovative design of this wireless power bank allows multiple devices to charge simultaneously, making it versatile. Airbox wireless power bank can charge from zero to full within 5 hours. Furthermore, it features different colored LEDs that indicate the type of device being charged and the battery level.

The Airbox power bank has an MFi (Made for Apple) and Qi-certification, meaning it is approved by Apple to work safely with their devices. This charger has also passed CE, RoHS, FCC, CB international certifications for safe use and has various built-in protections for overheating, short circuit, overcharging, or even iOS inefficiencies. Additionally, it is also TSA-approved and can be conveniently carried on flights, making it ideal for frequent flyers.

Along with wireless charging, the MOMAX Airbox wireless power bank has introduced a patented, compartmentalized storage space for smaller items like Apple Pencil and Airpods that have a potential threat of being lost. Airpods can be placed in a different location when not being charged to avoid battery drainage. With a foldable and sleek design, this wireless power bank prevents adding bulkiness to its overall look. Its innovative form allows one to easily slip it in their pocket, store items, and charge multiple devices.

You can read more about the MOMAX Airbox wireless power bank from its Kickstarter campaign here.

UP NEXT: Vankyo launches Leisure 520W projector under crowdfunding on Indiegogo