Since we haven't seen this keyboard in action outside of Apple's press material, it was interesting to see how it looks and works in the real world. Luckily, professional photographer, YouTuber and podcaster Tyler Stalman got his hands on a unit and uploaded his initial impressions and unboxing video on his channel.

At first glance, this is pretty much what Apple promised. It's a full-sized keyboard for the iPad with a trackpad built-in that also doubles as a case. The keyboard part of it seems to have been handled well, with a comfortable key size and good travel, unlike the Smart Keyboard for the iPad. The keys are also backlit, which is always welcome.

The trackpad is relatively small but is really the main attraction here as it reduces the need to reach out and touch the screen. It is a multi-touch surface with full gesture support and it's a physically actuating surface, unlike the capacitive haptic panels on the MacBooks.

The keyboard also has a USB-C connector on the side for charging, which frees up the USB-C port on the iPad Pro for connecting accessories. 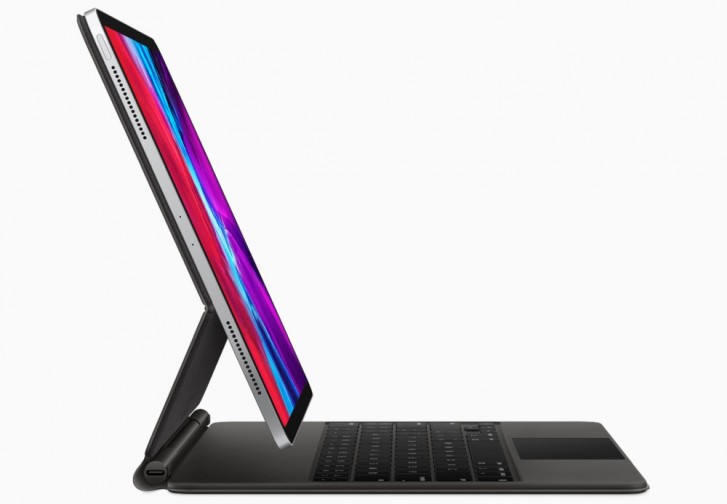 The most interesting thing about this keyboard is the tilt angle. By the looks of it, it really doesn't tilt further back than what you see in the official images. This is likely done to ensure the tablet doesn't fall back when on your lap but some might find limiting. It's definitely something you will need to try before buying if that's the sort of thing that bothers you.

But by far the biggest issue is the price. At $299/$349, the Magic Keyboard remains a ridiculously expensive accessory for an already expensive tablet. For iPad power users, and there are a few at this point, this might be a no-brainer but for the rest of us a standard keyboard case and a Bluetooth mouse might be the better option.