Last month we heard Realme will unveil the Q2 series smartphones on October 13, and the date has now been confirmed by Realme on Weibo, where it posted an image which reveals the launch event will start at 10AM China time (2AM UTC).

The Q2 series includes two smartphones – Q2 and Q2 Pro. Realme hasn't divulged any specifications of either of these phones yet, but the poster shared by the Chinese phone maker on Weibo suggests the Q2 duo will boot Android 11 with Realme UI 2.0

– something that was announced by a Realme executive last month. 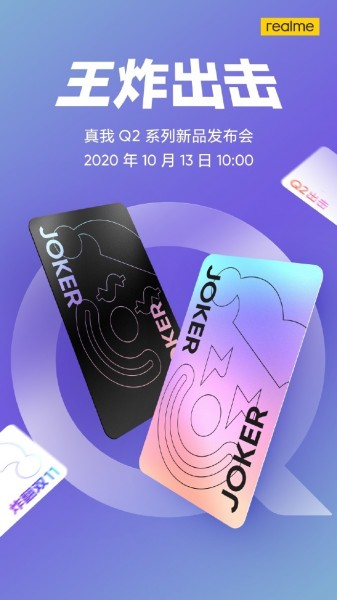 While we don't have the entire official specs sheet of the Q2 duo yet, we do know that the non-Pro model will pack a 48MP primary camera and have a leather back panel with "Dare To Leap" written on it. You can check out its official images below.