Huawei continues its work on replacing core functionality that Google moved into GMS (and that now Huawei and Honors are unable to access). The latest release is HMS Core 5.0 and brings various optimizations, changes to positioning and push services.

The new release contains enhancements to the way graphics and audio are handled and has support for Augmented Reality applications. There are various optimizations to the overall experience as well. 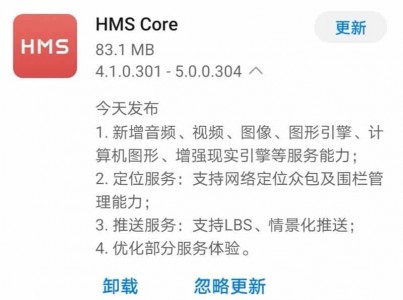 Huawei is now crowd-sourcing network-based positioning. This will be used for fencing features (e.g. detecting when you arrive home) as well as location-specific and contextual push messages.

Currently, HMS Core is used in over 170 countries by more than 600 million users, says Huawei, and there are over 55,000 apps available.