Honor, a sub-brand of Chinese electronics behemoth Huawei, has just sent out invites for the official launch of a range of smart accessories which includes MagicWatch 2 and Band 5i in India. Honor has teamed up with notable eCommerce platform Amazon to sell its products. Although the Jan. 14 launch date has been confirmed, there is no word on when the devices will be sold to the public. The Honor 9X smartphone is also launching on the same day in the country. The same platform could be used by Honor to announce its new smart accessories for the country.

Honor is all set to unveil the Honor MagicWatch 2 and Honor Band 5i at an event in New Delhi. Both the MagicWatch 2 and the Band 5i are listed on Amazon India revealing a few key features, along with the ‘Notify Me’ button. Honor officially launched the Watch Magic 2 back in November 2019 in China, replacing the 1st-generation Watch Magic.

The Honor MagicWatch 2 flaunts 42mm and 46mm dials with a 316L stainless steel chassis. The 42mm variant features a 1.2-inch circular display, while the 46mm unit comes with a 1.39-inch screen. Both smartwatches sport an always-on AMOLED panel with a ton of customization features. The device is powered by a HiSIlicon Kirin A1 SoC and features 15 different goal-based fitness modes. Honor claims the MagicWatch 2 has an effective battery life of 14 days and comes with a dual satellite positioning system that accurately records user data like speed and direction while cycling or running.

The MagicWatch 2 has 13 different courses especially for running. It comes with real-time voice-over guidance and supports an array of additional features including heart rate monitoring, Huawei TruSleep sleep monitoring and Huawei TruRelax. The smartwatch features 4GB of native storage, is water-resistant, and is equipped with a built-in speaker and microphone.

Honor Band 5i Specifications and Features 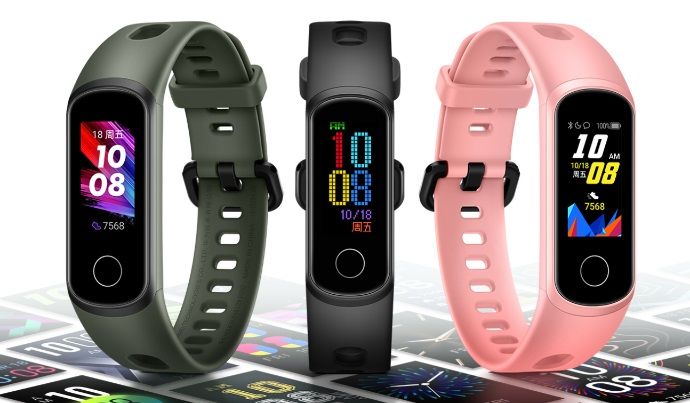 The Honor Band 5i sports a 0.96-inch display with a resolution of 160 x 80 pixels. The fitness band features a 24-hour heart-rate monitor with sleep tracking, flaunts built-in USB connectors and is water-resistant up to 50 meters. The device is also capable of tracking fitness and offering personalized recommendations based on previously recorded data.