Hands On With the OnePlus 7T: Better Than the 7 Pro?

The OnePlus 7T is less expensive than the 7 Pro, but has a more powerful processor, faster charging, and a brighter screen. 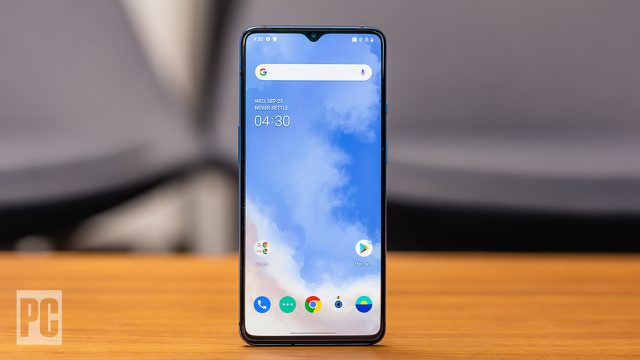 OnePlus moves fast. Too fast, for some people. The OnePlus 7 Pro came out four months ago, and the OnePlus 7 Pro 5G just came out last month. But OnePlus is already back with the OnePlus 7T—not replacing the 7 Pro, but making some of its innovations a bit more affordable.

"We think it's been a pretty good time period [since the 7 Pro launch]," OnePlus CMO Kyle Kiang said. The 7 Pro was a "pretty big leap" for OnePlus into the realm of genuine flagship phones, and now the 7T brings some of those innovations to a more affordable device.

I spent some time with the 7T ahead of the company's launch event and, as usual, OnePlus has muddied the waters with its latest release. The OnePlus 7T will be less expensive than the current 7 Pro—"under $600," according to Kiang, as opposed to the current $699 price for the OnePlus 7 Pro at T-Mobile. But it's actually more advanced than the 7 Pro in some ways.

I've been using the 7 Pro as my daily driver for a few months now. (I switched from a Samsung Galaxy S10e.) I love it. OnePlus' focus on fast, smooth software really makes a difference in day-to-day use. The 90Hz screen is delightfully restful on the eyes. The in-display fingerprint sensor has been getting better with time. My main complaint is that the phone is a little bigger and heavier than I'd prefer.

The OnePlus 7T is a better fit for my hands, as it's slightly narrower than the 7 Pro, thanks to a 20:9 aspect ratio rather than 19:9. It definitely looks like a tall phone; not Sony tall, but taller than most. The phone's 6.55-inch AMOLED screen is still 90Hz, which is great, although it's 1080p instead of 2K resolution.

On the back, the 7 Pro's linear three-camera module has been replaced by a big disc. And the cameras have been remixed: There's a 48-megapixel main Sony sensor, along with a 12-megapixel 2x f/2.2 zoom and a 16-megapixel, 117-degree wide camera. The Pro has an 8-megapixel, 3x, f/2.4 zoom; the other two cameras are the same. The 7T's 16-megapixel front-facing camera doesn't mechanically pop up like the 7 Pro's, but anyone who isn't a crazed notch-hater won't necessarily see this as a minus.

There's a new software camera feature here in a macro mode for taking extremely close-up shots. What there isn't, however, is any advance in computational low-light processing. OnePlus' Nightscape mode is okay, but it falls short of where Apple and Google are right now.

This is the first phone I've seen that will come with Android 10 out of the box, although you should note that the Google Pixel 4 will be announced on October 15, a few days before the 7T hits shelves. I haven't yet sussed out which software improvements are Android 10-related and which are OnePlus' Oxygen skin.

The phone comes in two colors, blue and silver. The blue is pretty nice. It still doesn't have waterproofing certification, however.

OnePlus tends not to segment its devices the way other manufacturers do. If a new technology is available, OnePlus throws it in. But that can make things confusing, because in some ways, the OnePlus 7T is better than the more expensive 7 Pro.

The 7T has a 15-percent faster processor in the Qualcomm Snapdragon 855+; 23-percent faster charging with Warp Charge 30T; and a 27-percent brighter screen in sunlight, OnePlus spokeswoman Jane Nho said. There's still no wireless charging, OnePlus just isn't into that. But the phone will fully charge in an hour now.

It keeps what I think is the 7 Pro's signature feature, the 90Hz screen. That's more important than screen resolution. Honestly, Apple is right when it says that it's hard for most people to see more than 326ppi, the way LG was right long ago when it said that phones wider than 2.8 inches tend to hurt people's hands. The 7T's screen is 402ppi, so that's fine. Its width is 2.93 inches, which is wide, but at least it's narrower than the 7 Pro's 2.99 inches.

Deeper in, spec-wise, I see it has 8GB of RAM, 128GB of storage, a 3,800mAh battery, and the same broad Cat 18 LTE capabilities and bands as the OnePlus 7 Pro. If T-Mobile and Sprint merge, the phone will support all of Sprint's networks as well, including the older CDMA network. And there's still no headphone jack. Sorry, folks, it's gone for good.

After spending a little time with the 7T, I don't feel like I'm losing anything vis-a-vis the 7 Pro. Obviously you're not going to switch from another 2019 phone to this phone, but OnePlus doesn't intend you to. The company is trying to expand its market among people with older iPhones and Samsung phones who are looking to upgrade.

A potential $599 price is critical here, I think, because to expand its market beyond its core band of Android fans, OnePlus has to go up against iPhones, and Apple has set a standard with its new $599 price for the iPhone XR. The 7T meets the XR on a lot of specs, and surpasses it on many (that triple-camera system, for instance), but it's hard to fight Apple's brand power here in the US.

The spectre of the OnePlus 7, the lower-end model that wasn't released in the US, floats a bit behind the 7T. The 7T will indeed replace the 7 in some other markets, Kiang said, but trends in places like India are different from the US—retailers are more flexible and phone generations rev much more quickly now.

The OnePlus 7T will be available through OnePlus starting September 28 and then at T-Mobile starting October 18. There will not be a 5G model, and it's not going to pop up at Sprint or any other carrier, Kiang said. I'm pretty sure that for its next 5G model, OnePlus is waiting for Qualcomm's integrated 5G system-on-chip, which will start appearing in phones next spring—just in time for the OnePlus 8!

We're working on our review of the OnePlus 7T now, so check back soon.