The LG G2 showed the world that a screen with thin bezels is a great thing. The LG G3 pushed that design further with a larger and sharper display – the first 1440p panel in the industry. And it came surprisingly fast. 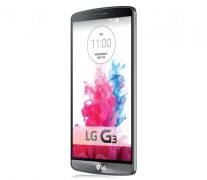 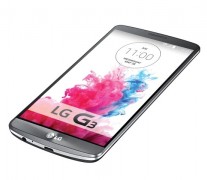 The HTC Butterfly had the first 1080p screen on mobile, it came out in January 2013. A year and a half later, the G3 arrived with the first-ever 1440p display. Technically, Oppo announced the Find 7 first, but LG was first to market so we think it’s fair to call the G3 “first”.

The 5.5-inch “True HD-IPS+” LCD panel had a pixel density of 534ppi, which is still impressive today. Sony would steal LG’s crown the following year with the release of the Xperia Z5 Premium whose 5.5” display had 2160p resolution. However, besides the occasional Xperia, 1440p has become the standard resolution for Android flagships.

Beyond the resolution upgrade, it was the same type of panel that the LG G2 used featuring good viewing angles and colors (though some found the colors oversaturated). However, the ppi bump came with a large drop in contrast ratio, which spoiled the image quality somewhat.

It also put a strain on the battery. Despite growing the screen size from 5.2” to 5.5” (and thus the phone’s overall volume), LG kept the battery capacity at 3,000mAh. That was enough for the G2 to achieve a respectable 81h Endurance rating, however the G3 scored only 69h. And that result got worse after the update to Android 5.0 Lollipop. Still, none of those phones had to render graphics at 1440p resolution – only the G3 did. It was clear that the Adreno 330 GPU didn’t have the power to run games at native 1440p as the frame rate fell well below 30fps. The Android Lollipop update didn’t do much to improve performance.

Moving on to the camera, the LG G3 introduced Laser Autofocus to the world. Interestingly enough, this component was first developed for LG’s robot vacuum cleaners and is used to accurately measure distance. This is obviously a boon for the camera’s autofocus, which also supported classic contrast detection AF and the newfangled phase detection AF.

With all three technologies working together, the G3 camera could get a focus lock in just 276 milliseconds. Better still, Laser AF didn’t need ambient light to work (contrast and phase detection AF do). However, its limited range meant that Laser AF was most useful for close-up shots. 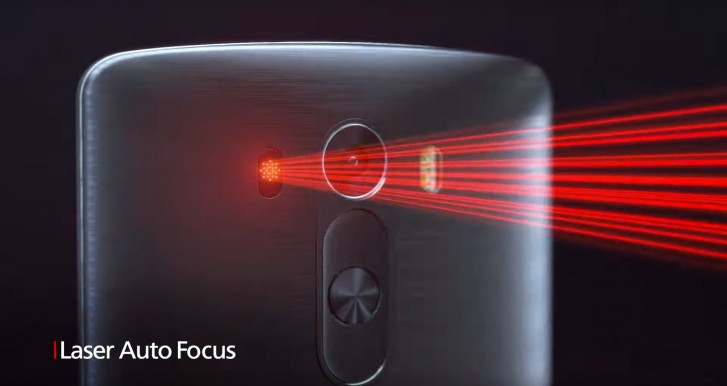 Anyway, LG G3’s 13MP camera was great. It produced detailed images made all the better with HDR. It had OIS, which helped steady hand shake, and a new stripped-down that allowed users to focus on the scene.

This was also among the first cameras capable of recording 2160p video. Not the first, not even LG’s first, but still the video quality was pleasing and the audio captured alongside quite good.

Below the camera were the volume rocker and power button. This was a continuation of G2’s design, which tried something different from the usual side-mounted buttons. The double-tap to wake feature made waking the phone easy even when you leave it on the table (blocking access to the rear buttons).

The phone’s exterior was covered with scratch-resistant “metallic skin”, according to LG, though in reality it was just painted polycarbonate. That was some deceptive marketing, though the material felt good in the hand and was resistant to fingerprints.

Better yet, the back panel was removable so you could swap the battery easily and wireless charging was natively supported (except in the US and Korea at the behest of local carriers).

Ultimately, LG won the 1440p battle but lost the war. The LG G3 was delayed, waiting on the high resolution screen. However, Samsung sold 11 million Galaxy S5 phones in the first month of availability.

The LG G3 only came out in June and by that time many had already bought their 2014 flagship. Still, the G3 would prove relatively successful for the company, hitting 10 million units sold in the first 11 months – that was LG’s goal from the start. Strong early sales helped push LG to 14.5 million smartphones sold in Q2 of 2014.

Anyway, the LG G3 wasn’t the last time the company brought innovation to the smartphone market, but its phones often go overlooked. However, LG has a plan to fix its ailing mobile division by 2021 and G3’s successor will play a key role (it and the V-series, which took over from the G Pro phones).