Facebook: Apple's iOS 14 Will Cripple Our Ability to Serve Ads to iPhones

The social network expects 'less impact' on its own advertising business. Instead, the real blow will be to third-party software developers that use Facebook’s Audience Network to display ads in their mobile apps. 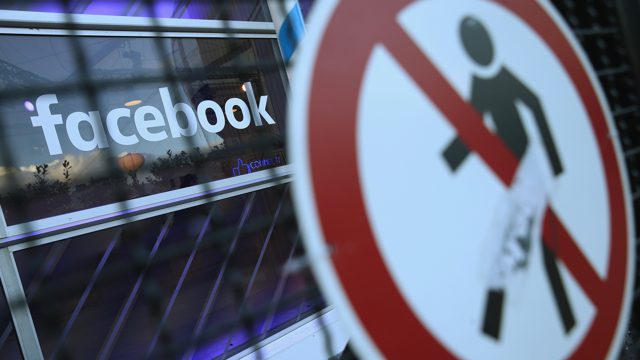 A new privacy enhancement to Apple’s iOS 14 is expected to cripple Facebook’s ability to serve targeted ads to iPhone users and sink the revenue earned by third-party mobile apps by over 50 percent.

“Ultimately, despite our best efforts, Apple’s updates may render Audience Network so ineffective on iOS 14 that it may not make sense to offer it on iOS 14,” the company wrote in a blog post to app developers on Wednesday.

Apple's iOS 14, which arrives in the fall, will require all third-party iOS apps to first ask permission before collecting information about the user to serve targeted ads. iPhone owners will get served a pop-up from each app, allowing them to opt in or out of the tracking.

Apple is introducing the change to give users more control over their privacy, and to ensure third-party apps are transparent about their data-collection practices. Facebook, however, generates its revenue from targeted ads.

Facebook haters will probably welcome the privacy change to iOS 14. However, the social networks expects “less impact” on its own advertising business. Instead, Facebook says the real blow will be to third-party software developers that use the company's Audience Network

to display ads in their mobile apps.

Essentially, the ad network functions as a middle-man, connecting advertisers to third-party mobile apps in which they can display their ads. And according to Facebook, the revenue stream is vital for third-party software developers. “Many apps cannot rely on other forms of monetization, such as subscriptions and in-app payments,” the company wrote back in June. “This is especially the case for smaller app developers or specific types of content, such as casual games, which have been on the rise in recent years—where publishers have to rely on personalized advertising to sustain their business.”

Facebook points out it works with 19,000 developers and publishers across the globe and paid them more than a billion dollars to in 2019.

Apple did not immediately respond to a request for comment. But Cupertino doesn’t appear to be budging. So in response, Facebook is trying to lessen the blow. To do this, the company is going to stop collecting the “identifier for advertisers” from its own apps on iOS 14 devices. This ID allows the social network to match your Facebook/Instagram usage to third-party mobile apps also installed on your iPhone.

Facebook could’ve waited to see whether iOS 14 owners will opt into the tracking or not. But the company decided to instead provide “certainty and stability” to its advertising partners.

“As a result, some iOS 14 users may not see any ads from Audience Network, while others may still see ads from us, but they'll be less relevant,” Facebook said. “Because of advertisers’ reduced ability to accurately target and measure their campaigns, app developers and publishers should expect lower CPMs (cost per thousand impressions) on Audience Network and likely other ad networks on iOS.”

Facebook also sent an email to app developers, pointing out the social network will forgo adopting the need to ask users for permission to track them on iOS 14. As a result, it's possible Apple could retaliate if Cupertino thinks Facebook is failing to follow the rules. At the same time, Facebook warns that Apple's new rules may dissuade developers from supporting the iOS ecosystem, or at least get them to complain.