Over the last few days, my article about leaving Sky and rejoining again has been looked at more than the front page. My plan was to cancel and go with Freesat, supplementing it with various streaming services, but I rejoined because Sky did me a deal after I cancelled. Sky, for those of you who may not know, are the main satellite subscription provider here in the UK.

However, over the weekend something happened which means I’m cancelling the lot. No more Sky. No TV package. No new “shiny Sky Q” box. 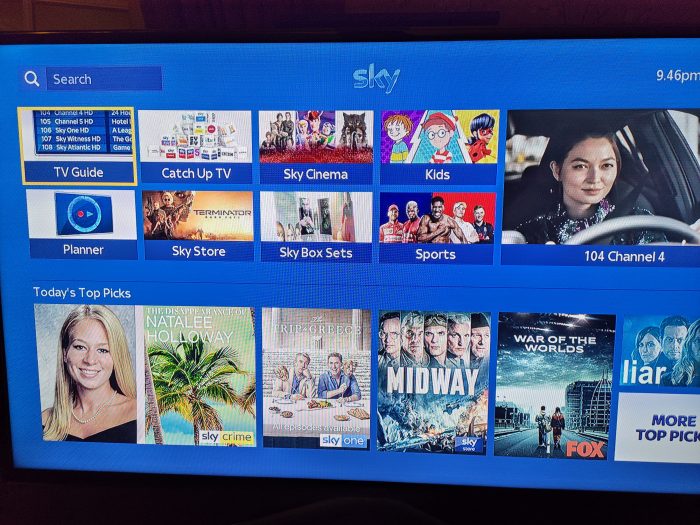 Why? Well, let me tell you the story so far..

– Back in 2006 I installed our first Sky dish. No engineer visit, no professional install. I bought a dish, got some cabling and put it up.
– Four years later I did the same again for my mom, installing Freesat with the help of a TV balanced on a dustbin.
– After being a loyal Sky customer for 11 years, I switched to cable with Virgin broadband and TV.
– After not “getting on” with the Virgin TV box, I switched to Virgin Media Business, ditching the line rental and switching to VoIP.
– Sky did me a special deal as a “returning customer” for £15 per month.

I was quite happy with Sky at £15 but, in the last year, the cost had been increased slowly. I received a letter stating that the new bill would be increasing yet again so, after being offered a weak “retention” deal, we cancelled it.

After doing this though, we got a phone call from the Sky UK call centre to offer us a special deal to come back. I explained that we wanted to stick around the £15 amount and we didn’t really need to Kids channels, sports, movies or all the other bits. The standard package of channels (traditionally known as the “Entertainment Pack”) were fine and I liked the HD versions of channels due to the quality.

They magically managed to get it down to £17 and we received the following email confirmation..

It wasn’t quite the £15 we were paying 12 months ago and it didn’t have the Kids channels, but we knew that Sky had increased prices recently so agreed to the 18 month contract.

However, as the days went by I grew a little puzzled by the Sky TV “Future Bills” section.

When I queried this I was initially told that an additional discount needed to be added to bring it to the £17 and that had to be signed off “by a manager”. It would happen “within hours”. However, after waiting several days it stuck at £21.

The calculations just didn’t make sense either, and I had a £14 discount which wasn’t having the “impact” promised on the monthly cost..

So I asked Sky. I emailed them and got some responses which were from their foreign complaints team. They made little sense if I’m honest so I asked again and again until I got this…

I have checked on your Sky Account and see that your package cost was £17 for Sky Entertainment (£27 with £10 discount) and Sky HD for £1 (£5 with £4 discount) which is total £18 however due to the annual price increase that’s effective from 1 April 2020, there will be a £3 increase on your package (£2 for Sky Entertainment and £1 for Sky HD) which as a result increased your Sky bills to £21 per month.

Yes, what’s basically happened is that I’ve been stitched up. Sure, there is a small caveat in the contract that states…

Prices and services may vary, including during the minimum term.

..but what is annoying is that they’re not showing the upcoming price increase on the confirmation email (at the top of this story).

Based on this, the following seems to be happening…

So, that was the straw that broke the camel’s back for me. I made use of this very handy piece of contract law…

If you decide that you no longer wish to keep this offer, you need to let us know any time within 31 days from when the offer is applied (“cooling off period”).

It’s now all cancelled. I’m done with them. I’m not sure if this is just one individual within the Sky Retentions Team who was just “purposefully forgetting” to tell me that a price rise would be applied to the £17 offer in order to keep numbers up, or whether it’s something that’s done more widely there, but it left a very bad taste in my mouth.

Loyalty really doesn’t matter. I know I congratulated Sky in my earlier piece for trying to bring Netflix, Disney+ and other streaming services into one box, but the prices are creeping up too quickly. I’ve also realised that I’d rather be the guy ordering a sandwich than having a set meal.

Sorry Sky, that’s the end of it. I’m not having your “permanent on-loan Sky Q” box and I’ll be selling my old Sky 1TB boxes and getting Freesat sorted. The world is moving on…