The Dell S2719DGF S Series 27-inch 1440p 155Hz FreeSync monitor has dropped to $299.99 on Amazon. This price matches the lowest we have seen since February, when it dropped to $275. The monitor has been selling for around $400 or more since then and even peaked as high as $450. You can still find it going for $400 at other retailers like Best Buy. There was a Dell Black Friday online doorbuster that reduced the price to $250, but that deal lasted literally seconds before it disappeared. 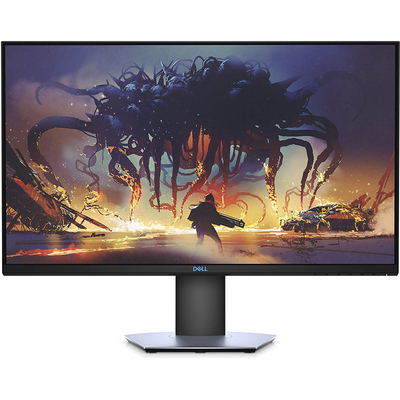 The specs include 1440p pixel resolution, a refresh rate that can be boosted up to 155Hz, and a 1ms response time. It has native FreeSync and can work with G-Sync. It includes HDMI, DisplayPort, and a USB hub.

If you're a gamer or spend a lot of time in front of your computer and just want one all-around great monitor, this is it. The Dell 27-inch has 2K Quad HD 2560 x 1440 pixel resolution, a 1 ms response time, and a 144 Hz refresh rate. If you connect through the DisplayPort, you can overclock the monitor to a 155 Hz refresh rate, but you'll get up to 144 Hz even if you just connect through the HDMI 2.0 port.

The connectivity options include two HDMI ports, one DisplayPort, and a USB hub with four USB 3.0 ports. Hubs like that are really nice for getting all your peripherals plugged in, especially if your desktop doesn't have a huge amount of ports in the back.

Despite being a TN panel, which usually means sacrificing viewing angles for faster response times, it has viewing angles up to 170 degrees. That means you can still watch your media even from different vantage points around the screen.

The monitor also has adaptive sync, which reduces screen tearing during high-performance moments. The default tech is AMD's FreeSync, but it is also compatible with Nvidia's G-Sync tech. In order to get it to use that you'll need to connect via DisplayPort and have a Nvidia graphics card from the 10xx or 20xx series.