DC Sues Instacart for Pocketing Fees Made to Look Like Tips

D.C.’s attorney general says Instacart charged an in-app service fee that looked like a tip. And while Instacart changed this two years ago, the AG says customers should receive a refund. 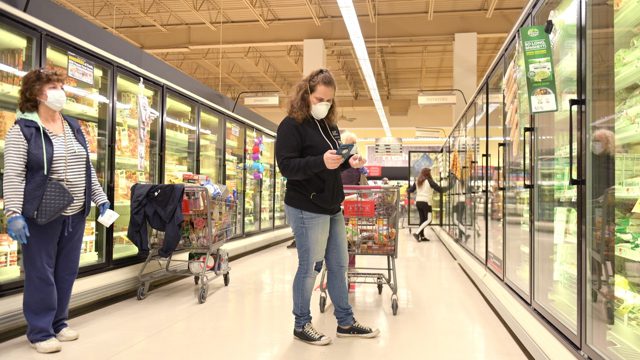 
Grocery delivery services like Instacart have become ever more important during the pandemic, but a new lawsuit out of D.C. is going after the company for less-than-ethical practices in 2018.

Karl A. Racine, Attorney General of the District of Columbia, sued Instacart this week on various charges. He says the company charged DC customers millions in optional service fees that were disguised as tips for drivers. It also failed to pay hundreds of thousands of dollars in sales taxes on those delivery and service fees.

“We filed suit to force Instacart to honor its legal obligations, pay DC the taxes it owes, and return millions of dollars to District consumers the company deceived,” Racine said.

The service fee charges started in September 2016, two years after Instacart first launched. When DC customers checked out, they were charged a service fee set at a default 10 percent. The fee looked like a tip: It was set as an alterable percentage and could even be waived (though Instacart didn’t tell users about the latter). Instead of going into the hands of delivery workers, though, it went straight to Instacart’s operating expenses. And Instacart didn’t pay District sales tax on the revenue it collected.

As The Washington Post notes, Racine also sued Doordash last year for "encouraging consumers to tip for food deliveries and then pocketing those tips instead of passing them along to workers."