Can you believe November is almost over and Black Friday is almost here? The closer we get, the more the deals get ramped up. Amazon is just throwing everything out there as it has kicked off "Black Friday Week" and we're seeing a ton of deals. The Ecovacs Deebot Ozmo T5 robot vacuum and mop is just one of those deals, and today it's down to $349.99 from a street price of $600. The previous best price on the T5 ever was a drop to $400 back in August that only lasted for a day. Today's sale won't last much longer than that, either, so get on it. 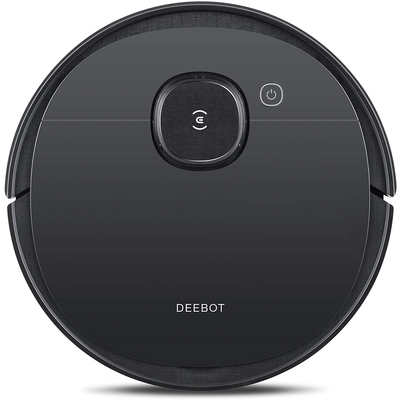 Uses a 240 ml water tank to cover over 2,000 sq. ft. of mopping. Automatically avoids carpets and provides double suction power on carpet when vacuuming. Laser maps your floors so it won't miss any spots. Lasts up to 3 hours on a single charge.

The Ozmo T5 actually mops and vacuums simultaneously. It's smart enough to know when to do one versus the other. In fact, it has sensors that can automatically detect upcoming carpet so your soft floors don't get mopped. As for vacuuming on carpet, the robot vac can pump up the suction to give your carpets a deep clean.

The water tank on the robot vacuum is 240 ml so it's large enough to cover over 2,000 square feet when mopping. With a 5200mAh battery and a system designed to optimize energy consumption, the robot vacuum can go for over three hours on a single charge as well. That helps it cover up to 3,200 square feet total with vacuuming and mopping included.

The Smart Navi 3.0 technology uses laser mapping to create a precise map. The robot vacuum can see the entire floor and design the most efficient cleaning path to hit all of it. It won't miss or repeat any areas. Plus you can customize the pathing and a whole lot more stuff through the Ecovacs Home app.

You also don't have to worry about allergens with the Ozmo T5. It uses a three-layer filtration system to capture pollen, particles, and more as small as six microns. The vacuum comes with a charging dock, washable mopping pad, disposable pads, replacement side brushes, a high-efficiency air filter, and more. It also includes a one-year warranty.