The Neato Robotics Botvac D4 Wi-Fi robot vacuum cleaner has dropped to $299.99 at Best Buy. This is part of Best Buy's deals of the day and the sort of sale we only see once every few months. The same robot vacuum goes for $430 on Amazon, and the last time it dropped to $300 there was way back in April. The robot vacuum sells for even more at other retailers. 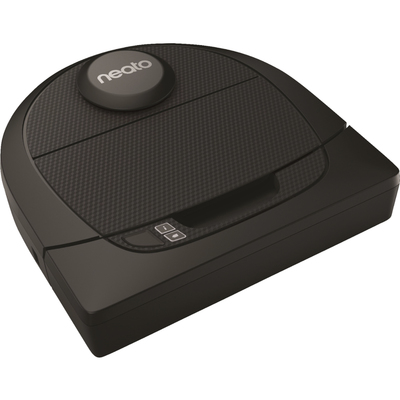 Great for carpet and hard floors. Uses LaserSmart tech to scan and map your entire house. Can see in the dark and avoid obstacles. Schedule cleanings with the app and set up virtual boundaries. Battery lasts up to 75 minutes. Has voice control, too.

The convenient part about this robot vacuum is that it connects to an app on your smartphone or tablet, allowing you to control its actions or schedule a cleaning from anywhere in the world. With the app, you can even set up "no-go lines" to keep the vacuum out of certain areas of the home. That's pretty important when you just want the robot vacuum to focus on your kitchen or living room without moving all around the house.

The D4 uses LaserSmart technology that helps it to scan and map your entire home so it can clean in a set pattern instead of randomly. If you don't set up the no-go lines, it will just keep cleaning until there's nothing left to clean. It can even use those lasers to see in the dark and clean at night.

Its built-in battery can last for up to 75 minutes of cleaning. When it gets low, the vacuum returns itself to its charger so you never have to worry about it going dead. Neato also sends regular software updates and new features to the vacuum to keep it up to date.

Plus, the Neato Botvac D4 is compatible with a lot of smart home programs. Control it with your voice using Amazon Alexa or Google Assistant. It also works with your Apple Watch, Android Wear, IFTTT, and the Neato Chatbot for Facebook.