According to the latest Canalys report, smartphone shipments in the US grew by 11% during the April – June period compared to the previous quarter. The market is still in 5% decline compared to the same time last year. The average price of a new smartphone in the US was $503 which is 10% less than the value in Q1 2020. Canalys estimates 70% of smartphones shipped in the US for Q2 2020 were made in China, a 10% QoQ increase. 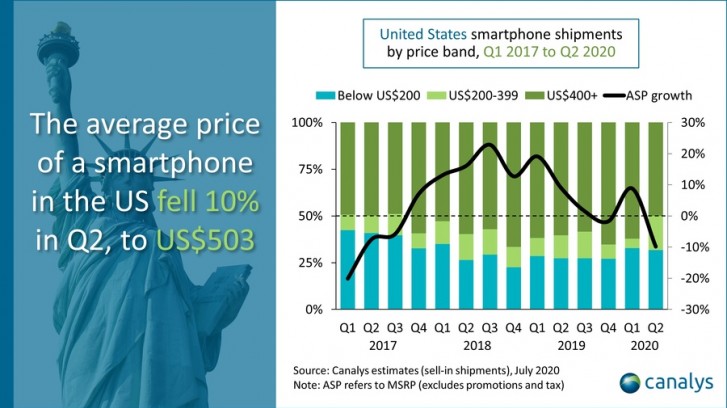 and SE (2020) were the best selling phones in the quarter. Samsung saw disappointing Galaxy S20 series shipments though its entry-level Galaxy A10e and A20 got a lot of attention from buyers.