Best Buy's deals of the day feature a great selection of deals every day, but sometimes you got to sort through the options to find the particularly good deals. This WD My Passport 1TB portable solid state drive stands out as a good one. It's down to $139.99 at Best Buy, which is one of its lowest prices ever and just $10 above what it was going for on Black Friday. It normally sells for as much as $200, and the first time it ever dropped below $140 was this November so it's not a deal that has shown up in the past. You can find this price in both available colors, and you can find it price matched at Amazon.

We recently saw the 500GB go on sale for around $85 just after Cyber Monday. While it's not quite that low anymore, it is still on sale. If you don't want to go for the full 1TB version, grab the 500GB SSD for just $89.99 at both Best Buy and Amazon.

Take it with you 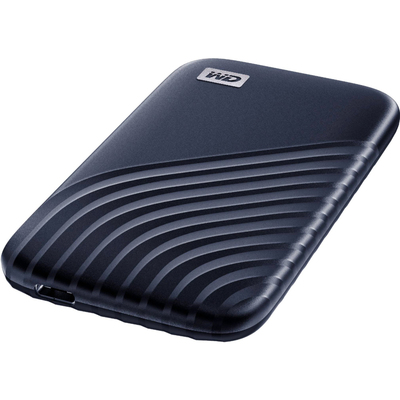 Has a transfer rate of up to 1,050 MB/s thanks to USB-C and USB 3.2 Gen 2 tech. Includes 256-bit AES hardware encryption for data protection. Is drop resistant up to 6.5 feet. Has good backup software for protecting your data. Works with Mac and PC.

This isn't just an SSD. It also has NVMe technology. If you know about internal SSDs, you know there's a significant difference between an SSD with NVMe and without. Without NVMe, SSDs basically aren't much faster than regular hard drives. They are still more reliable and don't damage as quickly, but you don't really see a difference when it comes to loading times and things like that. NVMe, however, changed the game.

The My Passport has read and write speeds up to 1,050 MB/s and 1,000 MB/s respectively. Compare that to a portable SSD that doesn't have NVMe like the Samsung T5

where the speeds top out at 540 MB/s. You're getting twice the speed with this drive, and the My Passport is only $10 more today.

You can also protect your data with this drive. For one thing, it has built-in 256-bit AES hardware encryption. That ensures no one gets to your data unless you want them to. The device itself is also highly resistant to shocks and vibrations. You can carry it with you, throw it in your backpack, let it bounce around in the backseat of your cat without fear of the drive getting corrupted.

While it primarily connects via USB-C, the drive is also compatible with USB-A 3.2 Gen 2. WD is so confident in this drive's performance that it's backed up by a five-year warranty.