Thanks to the COVID-19 pandemic, the staff of PCMag doesn't see one another—or these apps—much these days. 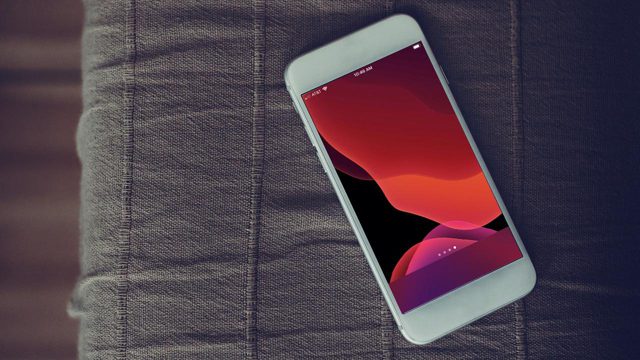 All of us at PCMag spend a lot of time with our phones. But we find that our relationships with them are different these days. Some of us are doomscrolling too much, some are turning to them to calm down, and most of us are using them to communicate with the friends and family that we can’t see in person for now.

But across the board, there are apps on our phones that we just don’t use anymore. Because we’re all based at home now, the small squares we used to rely on every day are the ones we haven’t clicked on in months.

For me, those apps are Chopt (goodbye, Mexican Caesar salad I ordered ahead and then dashed down the block for once a week), Citymapper (there’s no point in mapping point A to anywhere lately), and Shazam (so long, serendipitous sound discoveries).

When contemplating life in the Great Before the other day, I decided to ask my coworkers which apps on their phone aren’t getting any use. Here’s what they answered, via one of our currently most-used apps, Slack.

Jason Cohen, Associate Editor, Help & How-To
I have severely cut back on the comics I read on Marvel Unlimited (Android, iOS), DC Universe (Android, iOS), and Comixology (Android, iOS), because I did most of my reading on the train. No commute means less idle time to read.

Uber (Android, iOS), Lyft (Android, iOS), and NYC Subway MTA Map (Android, iOS) represent forms of transportation I won't be using in a long time, for obvious reasons. On the other hand, I'm using Strava heavily now to map out and track my bike rides.

Angela Moscaritolo, Analyst, Smart Home and Wearables
Mindbody (Android, iOS), a popular app for finding yoga classes near you and signing up for them. Pre-pandemic, I used it daily. Now, never. Yoga class isn't the same when you have to wear a mask and social distance.

Max Eddy, Senior Security Analyst
Google Maps (Android, iOS) was my longtime companion. Whether I was trying to navigate the complexities of the MTA or looking for a bar wherever I happened to be, Google Maps was my go-to. Even when I was sitting at home, I would browse around Maps looking for interesting sites, weird architectural features, or unusual images captured in Satellite or Street View. I haven’t deleted the app, just moved it out of my bottom row. StreetComplete, an app that makes it easy to add information to OpenStreetMaps, has at least given me something to do when I'm walking around my neighborhood.

I love New York City public transit, and while the still-kinda-in-beta MYmta (Android, iOS) app was a little rough around the edges, it was enormously useful in getting me to try new bus routes or time my subway transfers better. I don’t use it at all anymore, nor do I use the eTix, Ferry, or NJ Transit apps. That said, I have used the subway three times in the past two weeks—the first I've set foot on public transit since March 10.

Pocket Casts (Android, iOS) and NPR One (Android, iOS) gave me a voice in my ear on many rush-hour commutes and long, late-night treks from the Lower East Side back to the end of the A train line. I don’t really listen to podcasts anymore. A lack of commute means I l isten to more music and read more books—all of which is good—but I do miss having time that was explicitly good for catching up on Women At Warp

or Unexplained. As a side note, the latter of those two went on a multi-month break because sponsorship money dried up, and the creator couldn’t afford to release the latest season without some money behind it.

Nexonia (Android, iOS) is the app PCMag has me use to file expense reports, which I only ever do when traveling for trade shows. But I won’t be traveling at all this year, and all the trade shows have been canceled or moved online. I watched virtual Black Hat presentations from the comfort of my own home instead of the Mandalay Bay casino in Las Vegas. I don’t really miss the app, truth be told, but I have found myself missing the bustle of conferences.

Chloe Albanesius, Executive Editor, News & Features
Over the weekend, I looked wistfully at the NJ Transit app on my iPhone and thought, "What is wrong with me? Do I actually miss doing the subway > Penn Station > NJ Transit dance when visiting my parents in New Jersey?” I think I might. It's been months since I loaded up the Subway Time app (Android, iOS) while waiting (and waiting) for the elevators in our Manhattan office building and mapped out the fastest way to get home to Brooklyn. I don't know when we'll once again squeeze ourselves into subway cars like sardines, race fellow commuters down the narrow steps of a Penn Station platform to nab a seat, or curse muffled train-delay announcements. But until then, the oddly calming NYC Subway Sounds app might scratch that public transit itch.