AnTuTu has issued the last power rankings from its benchmark for 2019. It details the fastest and most powerful smartphones to run the benchmark between December 1 to December 31. The scores are the average of more than 1000 devices, not the highest.

Among flagships, vivo holds the top three with the iQOO Neo 855 Racing and iQOO Pro 5G as the fastest, followed by the NEX 3 5G. All three models feature some sort of software-level optimization like Turbo Write or HPB technology that boosts the their performance. 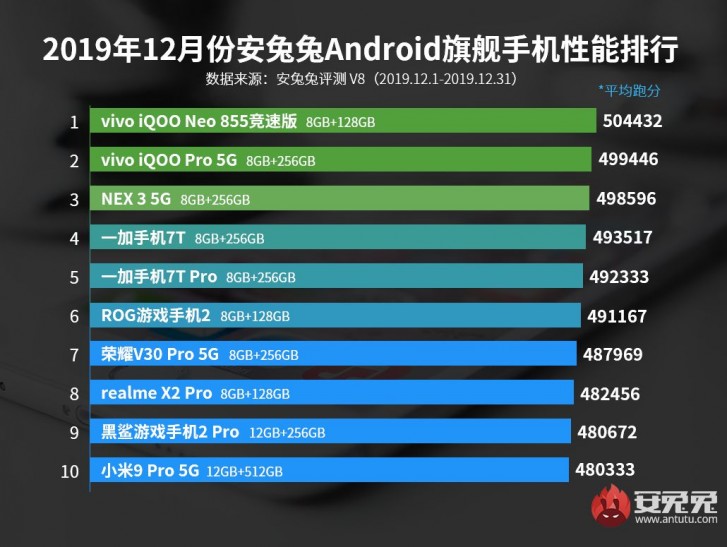 Looking at the table for midrangers we have the Exynos 980-wielding vivo X30 Pro, the Snapdragon 765G Oppo Reno3 Pro 5G and the Kirin 810-powered Honor 9X Pro in the top three. There are not enough tested devices with the 7nm Mediatek Dimensity 1000L but AnTuTu expects those to show up in the rankings next month.

AnTuTu also praised the 7nm Snapdragon 765G as a big improvement over the 730G, so it looks like one worth keeping an eye on. 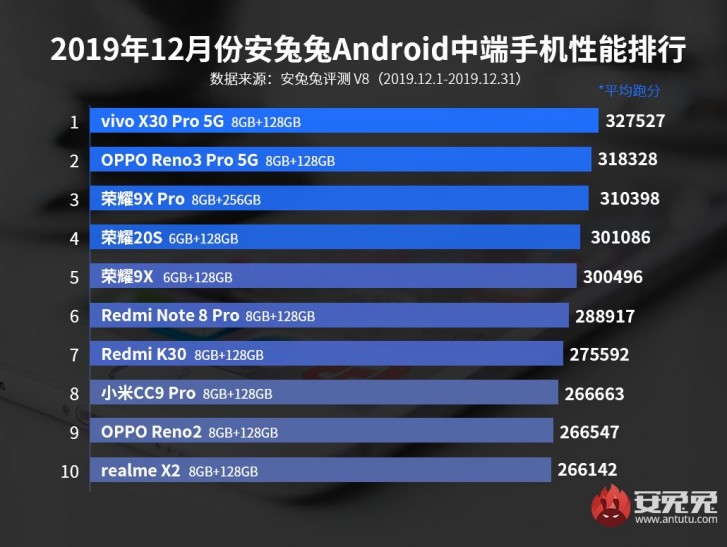