Prime Day isn't just a time to buy Echo devices and Fire TV Sticks. Right now is also the perfect time to pick up a new smartphone. The latest sale on Android phones at Amazon is taking up to 45% off devices by Motorola, LG, Samsung, and more with prices starting as low as just $19.99. This deal includes both locked and unlocked phones, so you'll want to be careful as to which you choose before checking out.

As with all Prime Day deals, you'll need a Prime membership if you're hoping to snag any of these discounts. You can start a free 30-day trial to score access to the sale as well as free two-day shipping on your Prime Day orders and more. 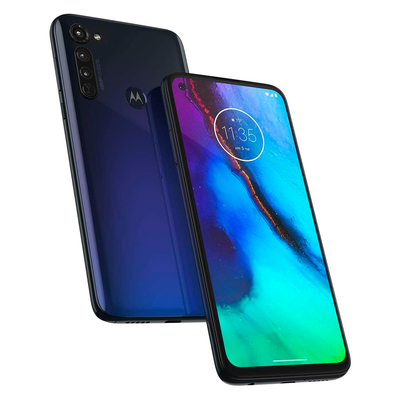 Celebrate Prime Day with a new Android phone at up to 45% off the original cost! This selection at Amazon has discounts on devices by Motorola, LG, Samsung, and Sony, including both unlocked and locked devices while supplies last.

The locked devices in today's sale are even more affordable, though they require that you use the device with a specific carrier. Most of the devices in the selection are locked to either Total Wireless, Tracfone, Net10, and Simple Mobile. The Moto E6 is down to just $19.99 and you can grab it for any of those four carriers right now at 50% off its regular cost.

There are a few other deals worth checking out in the sale, like this unlocked Sony Xperia 1 with XM3 Wireless Headphones that's now down to $749.99. That saves you $550 off the pair's cost separately, and it's a deal that's good for today only. Be sure to check out the full sale for more options before making your final decision.