Google is releasing the upgraded OS to select Pixel, OnePlus, and Xiaomi phones today. The software has been updated to offer streamlined access to chat conversations and devices linked to your phone. 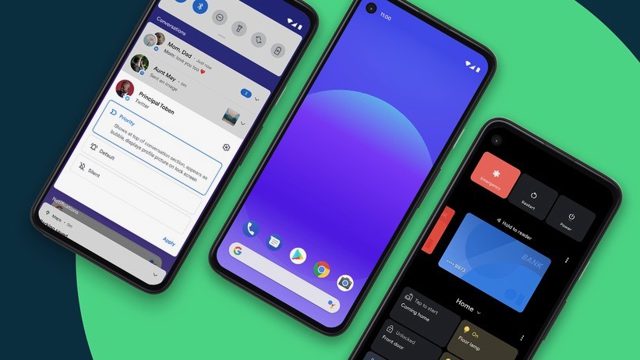 Android 11 has officially arrived and is rolling out to Android vendors and developers.

The latest version of Google's mobile OS focuses on three key themes—people, controls, and privacy—and making them more prominent across your smartphone. “Android 11 is about becoming more intent-based by helping you complete the actions you regularly use on your phone in an easier and simpler way,” Google Product Manager Allen Huang said in a video.

As usual, when you'll receive Android 11 depends on who made your Android device. But users on Google Pixel 2, 3, 3a, 4, and 4a devices will get first dibs, and start receiving the update in stages over the next two weeks. The company is also rolling out the update today to certain phones from OnePlus, Xiaomi, Oppo, and realme "with more partners launching and upgrading devices over the coming months," Google added.

OnePlus, however, notes Android 11 is arriving as an optional beta, which will only be available to the OnePlus 8 and 8 Pro devices.

Samsung, on the other hand, says owners of the new Galaxy S20 devices will get the upgraded OS later this year first before it's rolled out to other devices.

Ensuring You Don't Miss a Conversation

In Android 11, the OS will group ongoing conversations in a special “conversations space” in the notification bar. This should make it easier to manage chats in one spot, even though you may be using three or more different chat apps.

You can also flag a conversation as a “priority,” meaning it’ll show at the top of your conversation space, and even break through the “Do not disturb” feature.

In addition, Android 11 introduces “Bubbles,” or floating icons that’ll appear when a friend or family member texts you. It’ll pop up over other apps you’re currently running on your phone and is again designed to ensure you don’t miss out on any important conversations.

“Bubbles makes multitasking on your device a breeze,” wrote Dave Burke, vice president of Android engineering at Google. “You can now respond to important conversations without having to switch back and forth between what you’re doing and your messaging app.”

The other big change is Android users are finally getting a built-in screen recorder with the OS. “Now you can capture and share what’s happening on your phone. Record with sound from your mic, device or both—no extra app required,” Burke added.

In designing Android 11, Google also realized many people are already relying on their smartphones to wirelessly control other products in their home, whether it be a Bluetooth speaker

or a smart thermostat.

So the company created a new device controls menu on the OS, which can be accessed simply by long-pressing your phone’s power button. The menu will show all your connected smart home devices in one place, enabling you to turn them on or off, or check their status.

The same menu will also give you quick access to credit cards you’ve saved on Google Play, and to any upcoming flights.

“Today your phone is starting to replace your wallet and your keys. We thought about creating a single place on your phone to replicate that experience,” Huang said.

When you’re playing a song or a video, Android 11 will also show you a new media control bar. This can let you quickly change where the media is being played, whether it be from your wireless headphones, a Bluetooth speaker in your living room, or over a smart TV.

Google is also expanding the ways you can stop a third-party app from accessing your phone’s most sensitive functions. In Android 11, you’ll now be able to grant an app a “one-time permission” to access your phone’s microphone, camera, and location data. If the app tries to access the same sensors later on, it’ll have to ask you for your permission again.

To stop unnecessary data collection, Android will also “auto-reset” permissions for any unused apps and notify you accordingly. “You can always decide to re-grant the app permissions the next time you use the app,” the company said.

Android 11 also contains a plethora of features developers can use to polish their Android apps. For instance, the OS adds support to help apps leverage faster speeds over a 5G network. There are also tools to optimize the app's interface for phones built with a hole-punch display.